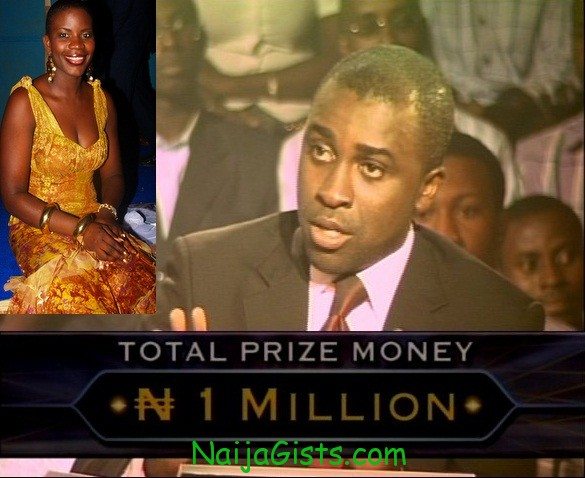 Jan 1st, 2012 – Frank Edoho On The Verge Of Losing His Job; Spotted Deep-Kissing Lover At A Wedding Ceremony

Who Wants to Be a Millionaire Nigeria presenter, Frank Edoho is currently in hot soup over his alleged affair with his lover Sandra. Naijagists.com learnt he’s not officially divorced from his estranged wife, Katherine.

According to a report Naijagists.com obtained from SocietyNow Nigeria Magazine, investigations revealed that in the face of public furore generated by the public exposure of celebrated presenter, Frank Edoho kissing his new lover, Sandra at wedding recently– his employment remains unthreatened.

Frank Edoho’s employers- the promoters of the must watched programme Who Wants To Be A Millionaire- remain consistent in their stance on issues relating to Edoho’s matrimony- it is a private matter. 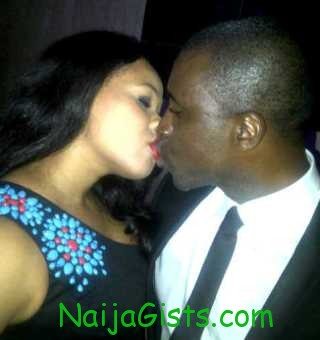 Frank Edoho deep-kissing lover at a wedding in Apapa, Lagos

Frank’s job is one of the most coveted within the organisation simply because of the inherent gains.

The ‘sack Edoho’ group within and outside the organisation hinge their moves on claims of ‘irresponsibility’ on the part of the presenter.

They premise this on interpretation that he was caught kissing his new lover at a public place, when he is yet to fully divorce his wife.

The allegation is that as a brand ambassador of the programme- his action portrays it in bad light.

That he is still very much responsible for the upkeep of his wife and his three children.

He is said to just pay her house rents and increase their monthly allowance.

They were on two hundred and fifty thousand naira monthly allowance- the increment is yet to be ascertained.

Aside this- Edoho is said to just make provisions that will take the stress of taking the children to and from school off kathrine.

They stretched the argument further that ‘it takes a responsible man to do that- that those attempting to create an issue out of a kiss with a fiance, his parents approved are just being mischievous’

Other sources claim the decider that strengthened his employers resolve to be consistent in their stand on the issue is Edoho’s competence. It is generally agreed that- he knows his job.

Sources close to the presenter revealed that though the move to get him sacked is yet to be totally eradicated- there are strong indication that because of the need not to contradict official position against the background of caring for his estranged wife and children, Edoho will escape with only ‘a strong warning- until he commits professional blunder‘

Frank Edoho should wake up before he loses his multi-million naira job.

Continue Reading
You may also like...
Related Topics:frank edoho, girlfriend, latest, news, nigeria, presenter, sandra, who wants to be a millionaire