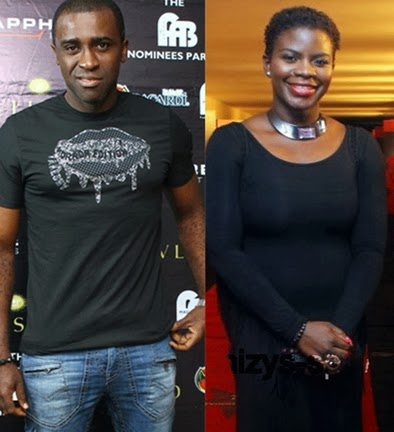 The former wife of Frank Edoho, the host of who wants to be a millionaire TV show, Ms Katherine Obiang has officially joined Nollywood.

The OAP is currently enjoying the best of times in her career as she recently found love in acting. Sources claim Katherine who is highly passionate about acting is gradually reaping the fruits of her passion.

The mother of Frank Edoho’s three kids joined Nollywood in Journey to Self, a critically acclaimed movie produced by Ashionye, who was recently nominated as Best actress in a Supporting role for BON awards 2013 and ZAFAA 2013 as Best New Act.

Excited Katherine Obiang said this is an humbling career turn around for her;

“Honestly I didn’t expect it. I just prayed to God, did a very good job and left the rest so that I won’t let the producers down. Ashionye and Carl Raccah believed so much in me. It is scary, so I was afraid to let them down,” she said.