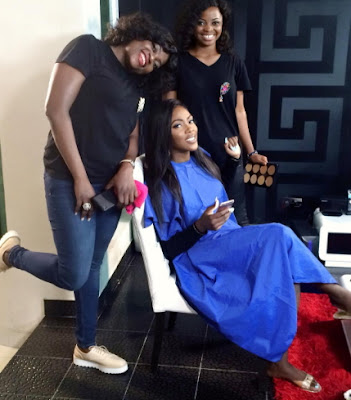 Less than a week after she granted emotional interview to Azuka Ogujiuba, Tiwa Savage has picked up the pieces of her broken marriage and has moved on with her life.

The beautiful mother of one is currently on the set of Funke Akindele’s hit drama series, Jenifa Diary Season 6. 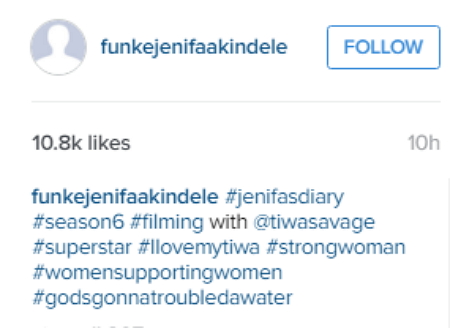 Funke Akindele was in the same mess as Tiwa Savage few years back.

Her marriage of less than a year crashed over her husband’s addiction to anything under the skirt.