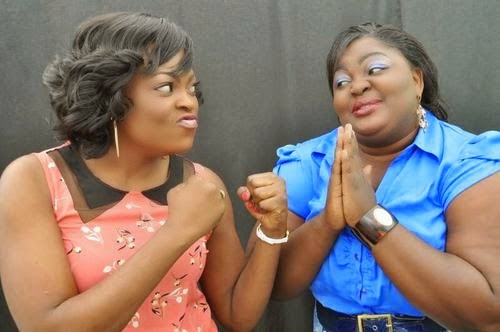 It was alleged that Eniola Badmus gossiped about Funke Akindele when her marriage of less than one year crashed, a case that didn’t go well with the Jenifa star who has been snubbing her since then.

Jenifa’s attitude forced Eniola Badmus to also develop a cold shoulder which became apparent at an event in Lagos.

Their last encounter was at the Industry Nite with Faiz when Funke Akindele hurriedly left the event on sighting Eniola Badmus but while she was still making her way to the car park, Eniola Badmus drove out of the venue without saying a word to her dear friend.