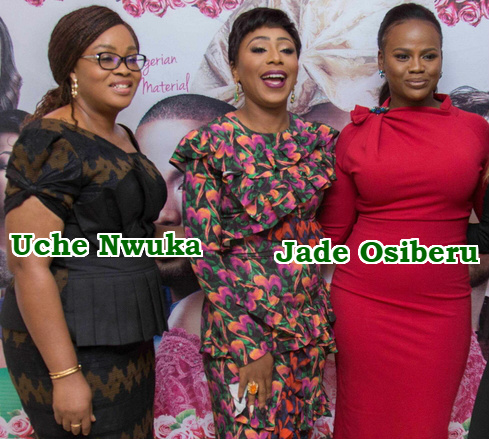 For a new movie producer to secure the Bank of Industry (BoI)’s loan to shoot a movie, her presentation must have struck the right chord.

This is the story of Jadesola Osiberu, a young producer whose soon-to-be-released first feature film, ‘Isoken’, has stirred the bank up so much that they may open their doors to her again.

Speaking at the media unveiling of the movie, Head of Creative Banking Group, Bank of Industry, Mrs. Cynthia Uche Nwuka noted that Osiberu was the first young filmmaker the bank was working with, adding that there was no regret even though the film is yet to be released.

“At BOI, we are very passionate about working with young filmmakers and Jade Osiberu was the first of such. With BOI buying into her passion and commitment to story-telling through film, we are happy with what we’ve seen today and equally proud to be affiliated with this project.”

The cinemas have been abuzz with high budget Nigerian films since the bank made debut with the loan scheme called NollyFund.

Among the films produced through the scheme so far include pan-African film, ‘The CEO’ by Kunle Afolayan; period movie, ‘Amina’ by Okey Ogunjiofor; ‘Ayamma’ by Emem Isong; comic flick, ‘Three Wise Men’ by Opa Williams and ‘Stella and Oba’ by Lasun Ray, currently shooting in Ilorin, Kwara State.

Nwuka said the bank was proud to fill the gap that exists in the creative sector through NollyFund. For the producer of ‘Isoken’, she said:

“The first gap was the financial need. She had the budget and she didn’t have enough funding. So, she needed to fill that gap and that was how BoI came in. The other part of it has to do with the story. To me, when we first heard of the title, we thought to ourselves, can we sell this through the cinemas?

But after the first experience with Jade, I looked forward to seeing the actual production. But we saw the message. That message is what I want you to see, in order to actually confirm what I saw the day she presented it to me”