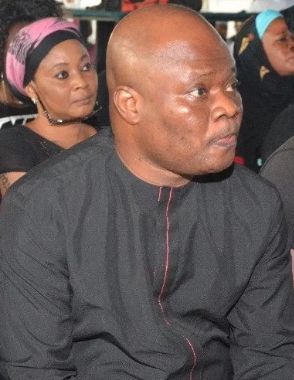 IFC (a body of Nollywood stars based in Ibadan) has called out Bayowa Film Production boss, Gbenga Adewusi for making profit with the unauthorized production of Moji Olaiya’s burial video.

The filmmaker just released a documentary titled “From Canada To Grave” which he promised will not be sold on the market but as it is, the video is now available in the market.

Though he initially promised to share profit from the sale of the video with the family of late Moji Olaiya, the filmmaker has been accused of secretly selling it offline for his own gain. 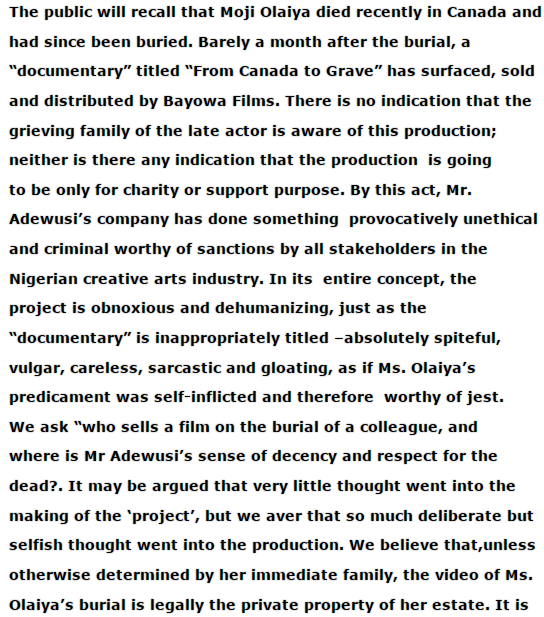 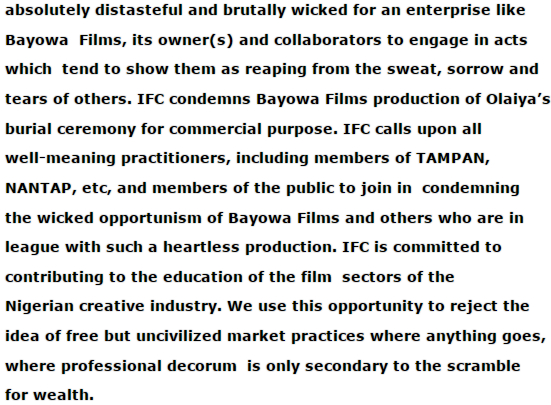