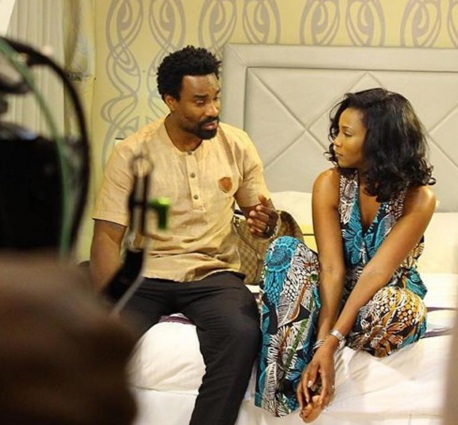 After weeks of planning, The Entertainment Network (TEN), producers of one of Nigeria’s most anticipated flick, Road to Yesterday have announced that the movie will be released in all Nigerian cinemas on Friday, November 27.

Set in Lagos Nigeria, the movie is has been described as an epic love story. It tells the story of a couple desperate to mend its marriage on a road trip to a relative’s funeral. However when memories and secrets from the past are revealed, a lot more is at stake than their relationship.

Star actress and producer of the flick, Genevieve Nnaji plays the role of Victoria Izu, the conflicted wife and mother.

She talks about her role in the movie. “It was very challenging. I played the role of Victoria, a lady who is in an estranged relationship and she had to fight. As a woman, it is her responsibility to fight to keep her marriage together. All of this happened on a road trip because they embarked on a journey to the village.

Just being in that little space with her husband, they are both confronted with answers and questions that they had to face. This forces them to go back in time to unearth where the problem started and the genesis of where they were and why they were where they were as a couple, considering they were only five years old in the marriage. Victoria had to undergo series of emotions,” Genevieve said.

The Nigerian premiere of the flick is set for Wednesday, November 18 in Lagos, Nigeria.