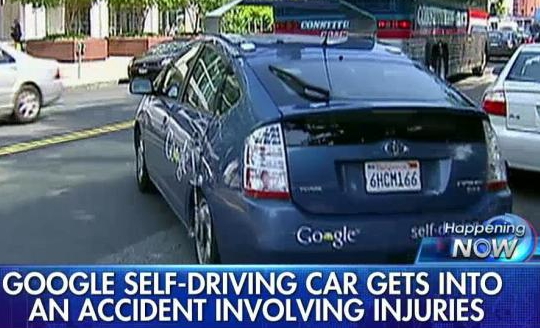 One of the automated cars built by Google Inc was involved in a crash few days ago.

The car crash that happened in Mountain View California sent 3 employees to the hospital.

The employees inside the Lexus RX450h prototype vehicle suffered minor whiplash in the July 1 incident, after a vehicle drove into their rear end near Google headquarter in Mountain View California.

A Google Spokesperson who disclosed this on Friday said employees were sent to a nearby hospital “as a precautionary measure” but were not admitted.