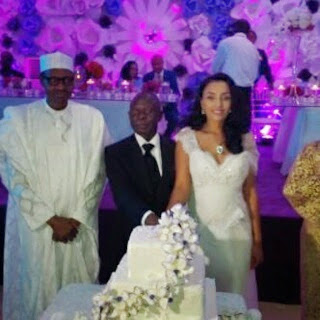 Present at the event were President-elect General Muhammed Buhari, Alhaji Aliku Dangote, Governor Amaechi, Tinubu and many other APC leaders.

Popular Nollywood celebrities who came to honour the governor were Kanayo O Kanayo, Desmond Elliott, Osita Iheme (Pawpaw) and many others.

See exclusive photos sent in by NaijaGists.com fans this afternoon below 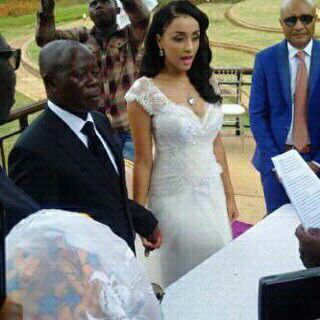 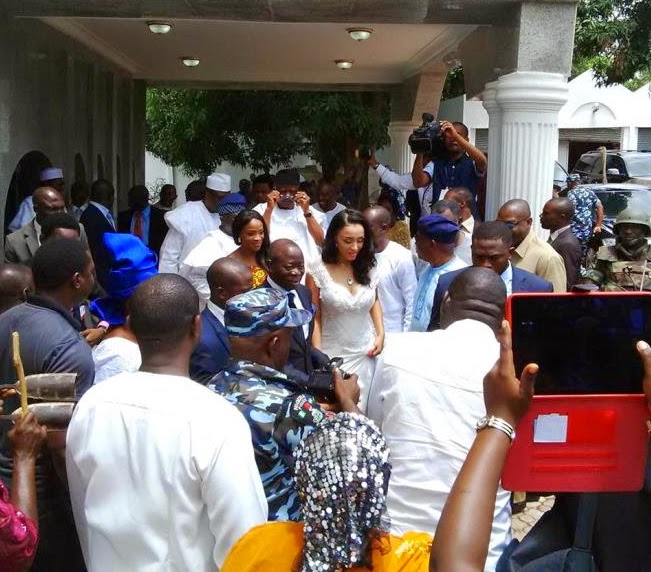 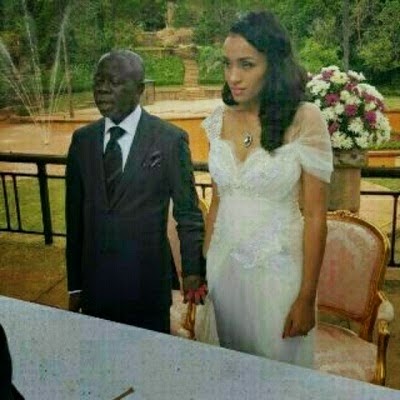 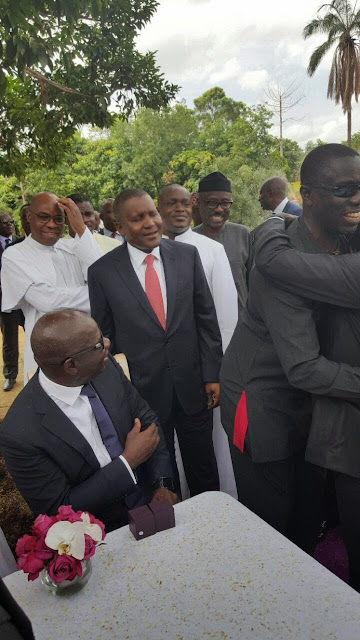 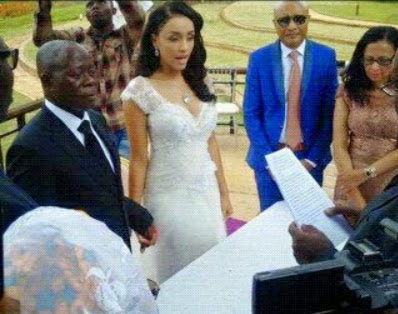 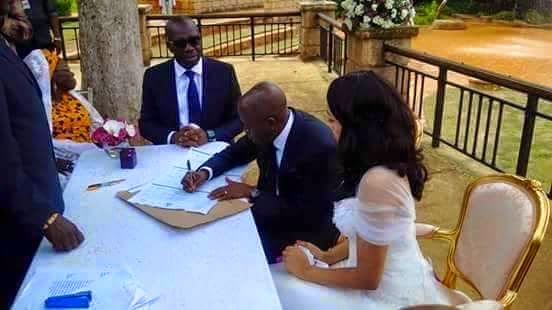 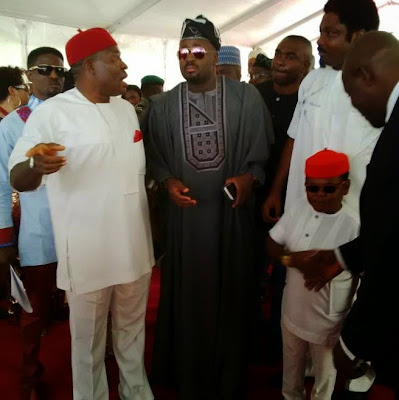 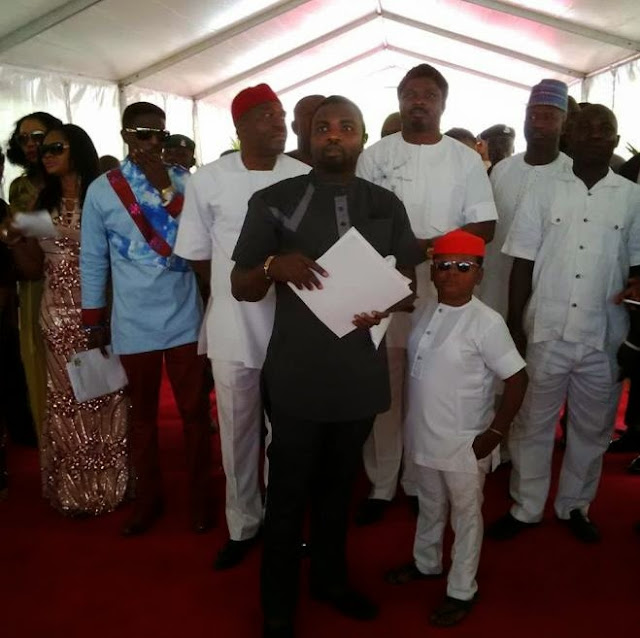 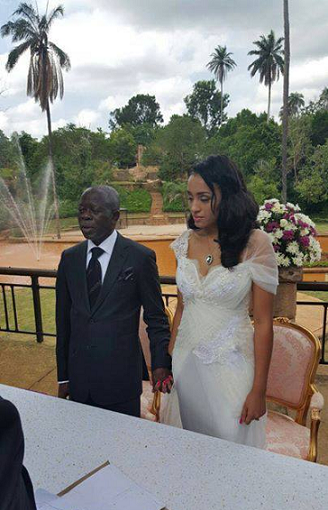 The bride is not smiling, e be like say the thing is an arranged marriage self.

Many Edo citizens who witnessed the wedding are concerned about her appearance.

It’s widely believed that the lady plan to chop and clean mouth.

For now, the best thing to do is to wish them a happy married life.

Whatever comes up in the future, God will give them the grace to bear it.