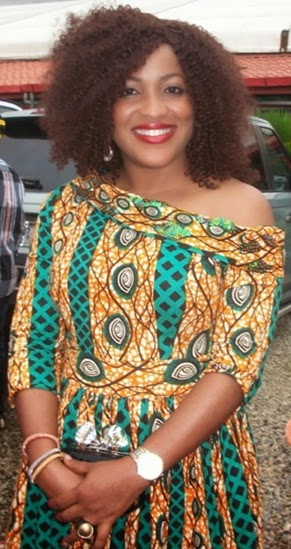 In a recent chat with Y!, Nollywood actress Grace Amah talked about the negative side of fame.

The mother of one said her most embarrassing moment  was when she won ‘the best bed-hopping actress of the year’ award.

“When I was given the best bed-hopping actress of the year! That was years back and it was really horrible. Why in God’s name would anybody give me that kind of name? It was myself, Genevieve and one other person that were nominated and I actually got this horrible award as the best bed-hopping actress of the year. That is the one that I keep mentioning. And several others. Like when I had my child and people were saying the father of the child denied the pregnancy and denied paternity of the child. It’s actually crazy why any man should deny the paternity of his own blood. And several others like that”

The actress said she plans to marry the father of her child whenever she is ready for marriage.

Grace Amah refused to mention the organization that gave her the shameful award.

Why would anyone give a woman such a ridiculous award. May be it is just a publicist stunt.