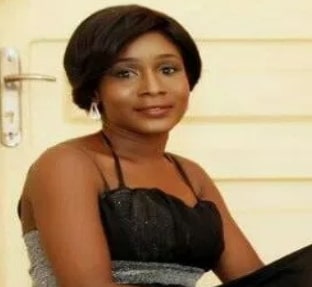 The fast rising star, in this encounter with DUSTAN AGHEDO, recalls her journey in Kannywood while questioning its management for not really protecting the womenfolk and other sundry issues.

How was it like when you started off in Kannywood considering your university degree?

Aside an early exposure dating back from primary school where I was mostly involved in school stage dramas, it was after graduating from the university that I decided I wanted to be on the screen and it wasn’t entirely because I had passion for acting, I just wanted to make an impact. I want to be at a point of authority where I can be able to influence lives positively; where I can be a voice to those who need guidance and I think the entertainment industry is one place that drives such factor. This is why I am here. After my graduation from the university, I came back to Kaduna and told my brother what I wanted to do but he kicked against it. But due to the fact that our house was very close to the AGN office and the former chairman AGN, Kaduna chapter, Mr Gabriel Okotie aka Gabby, introduced me to somebody for business, I went back to him to thank him unknowing that he was the AGN chairman. They were actually shooting that day, so he heard me talking with somebody about wanting to act and the rest is history. I started shooting with him and he was featuring me with most of the northern stars.

What were the challenges you faced as a newbie?

No be small challenge. In my first movie, ‘Magarwata’ which featured Kannywood stars like Ibrahim Daddy, Junior Tamba, about four years ago, another star actor of the cast in the person of Sunny White refused to act with me on the grounds that I wasn’t recognised, that I was upcoming and he’d choose the actor that would work alongside him. I was eventually left out. I felt demoralised but did another role. A director in the name of Don Steve noticing all these felt bad about the whole scenario, so he called me and told me not to feel bad. He challenged Sunny White by giving me a lead character in his own production which was in English ‘Arc of my Destiny’. He gave me the script and told me to go and study it. After the production, I came back to Lagos and when the movie was on Africa Magic I started getting a lot of compliments and people began to respect me. Coming back to Lagos, I had the opportunity of meeting Cornel Udofia who is my present mentor and boss, he has been resourceful to my development in the industry. From there I got a scholarship opportunity to be part of Zeb Ejiro’s Film School Academy. It was for two slots and I got one of it.

It wasn’t like you had any formal training before or had been on a big stage, what made you think you deserved that role?

I was good. I knew I was good because of my early exposure; acting has grown to become a part of me. The only issue I knew I was going to have was the Hausa language and it was because I was in Lagos for a long period and had no one to communicate the language with which is somewhat different from the preferred language in Kannywood. But I felt he should have given me an opportunity to prove myself otherwise, and not to look down on me and conclude that I couldn’t do it. He had no right to discourage me because the director believed in me before giving me the chance to act with him. But the truth be told, I knew what he was up to, he wanted something else and that was what made him act in such manner.

What are the disparities in Kannywood and Nollywood?

As a matter of fact, it was one of the challenges I experienced working with Gabby, he mostly does the Hausa movies, he believes that they sell more because there isn’t much competition and when it is taken to Africa Magic, it is easily accepted. One could understand why. So I was unable to identify myself with the people doing the English, I couldn’t find my feet. But I later started to identify with some producers and directors that were into the English movies, which was how I met one Michael Yusuf Michael; a Kannywood producer and an actor from Kogi State. He wanted to give me a role in a production, ‘Mechanic Workshop’ which featured Clement Ohameze, Kenneth Gyang amongst other stars, but we had issues and I didn’t get the role.

Now, why does the Kano Hausa language have such a big influence in Kannywood?

Kannywood is stationed in Kano, it was from Kano that we got Kannywood. And yes, it is mostly actors from Kano or people that speak Kano Hausa language that are considered first for roles in the film and this is a challenge because the Hausa we speak from the Christian part of Kaduna state is different from Kano Hausa. Katsina Hausa is also very different and other parts of northern state. You see people like Ahmed Ali Nuhu, Sani Danja, Rahama Sadau dominating Kannywood because of the Kano Hausa language. And this is where I have an issue with a magazine that gives awards because it will always give awards to these people of which they are not the only star actors in the north; the Christians are being side-lined.

We have other ethnic groups there in the north; we have stories from these ethnicities we want to tell. I was in a meeting recently with an ambassador of Culture and Tourism from Hungary, he is a Nigerian but married to a white woman, he sat me down and asked me why we were not telling our stories. But how can we tell our stories if we cannot sell it? Is it Africa Magic we want to sell it to who believe that if it is not Kano Hausa then they cannot accept it or is it IROKO TV? He told me that out there in other countries, they believe all of the Hausas are Muslims. And that is the perception they have of us because of what they are seeing in the movies where most of the stories told are centered on Muslims, their history and Islamic culture and you would be surprised to know that a lot of Nigerians don’t even know that there are Christians in the north.

So for some of us from these other ethnicities like in Kaduna, we have to leave Kaduna to Lagos to have a bearing in the film industry because you cannot be in Kaduna hoping to become a Nollywood actor, you may not be recognised. People like Halima Abubakar, she’s from Kogi state, she had to come down to Lagos, Susan Peters from Benue State also had to come to Lagos. So you notice that the favouritism is centered around those from Kano, those that speak Kano Hausa and the Muslims. You can be a fantastic actor but if you don’t have the media attention people would not recognise you. To add to this, BBC Hausa has not helped in this regard because it only carries stories of the Kannywood stars. This same favouritism is what is making a lot of acts out there in Kaduna and the north to change their names to Muslim names before they can fit in. And I have made up my mind, I will not change my name nor mode of dressing to be a star in both Kannywood and Nollywood.

Sexual harassment in Nollywood is said to be on a high, can you tell us what it’s like out there in Kannywood?

I think it is fair to say that sexual harassment in Kannywood is far worse than that of Nollywood. It is very rampant. And the reason is because a lot of these girls are vulnerable. A lot of them have passion for movie productions at the mention of it and as such leave themselves vulnerable because they just want to be seen on the screen. After seeing some Kannywood household names on TV; they want to be like them but they are not patient.

Thus, once they are told they have to do this or do that, they don’t mind. Some of these girls including the so-called innocent looking ones can do anything to be in production. I for one thought Nollywood was worse until I started to see things here; some of these girls are lesbians and I’m sure you cannot even smoke or take what they take. Most of them play by the books of the producers or directors who tell them that to gain something you must give something. Do you know that as a Kannywood actress especially for the Muslims, you cannot be married and still take part in Kannywood movies? Now you know. Most of the girls or women you see in Kannywood are either single or divorcée. Although, while the producers make their move on these girls, it eventually boils down on the individuals but they are just really vulnerable, gullible and desperate.

You said one of the directors is known for sexual harassment and artistes exploitation, that is a serious accusation?

It is the truth. He is a leading culprit of what I just highlighted. He can organise auditions for just the soul purpose of camping girls in a hotel. He would make flyers or posters of movie productions, sometimes using faces of popular actors like Segun Arinze, Yemi Blaq and even put it out there on social media. And when some of these young stars that are coming up see these posters, they would come from far and near and you need to see the number of teenagers that show up. And it baffles me that some persons with their positions in this film industry know these things are happening but choose not to do anything about it but rather work freely with the culpable culprits.

What is your story really?

Well aside having Mr Gabby Okotie who had my back from the outset, I would say I have just really stood my ground.

How many movies do you have to your collection including Nollywood movies?

I have been involved in more than 20 movies. Some of the Hausa movies I have done are “Magarwata,” “Tsirin,””Tsaka,” all produced and directed by multiple awards winning director and actor, Gabby Okotie; “Burin Duniya,” most of these movies are aired on Africa Magic Hausa and “Daddin Kowa” on Startimes. And some English movies like ‘Wedding Night’ which was shown across cinemas in Kaduna, ‘Loss Happiness’ that featured the likes of Femi Jacobs, Annie Idibia Halima Abubakar; just to name a few, plus I’m presently on set for “Battle Ground 2.”

Can you tell us more about yourself?

My name is Jane Thomas Rogers, I am from Kaduna State, the Southern part where most Christians are based. I had my primary, secondary education there before travelling to Lagos for a university degree at the Lagos State University (LASU) where I studied Accounting. I am a Kannywood, Nollywood actress. I am also an entrepreneur.