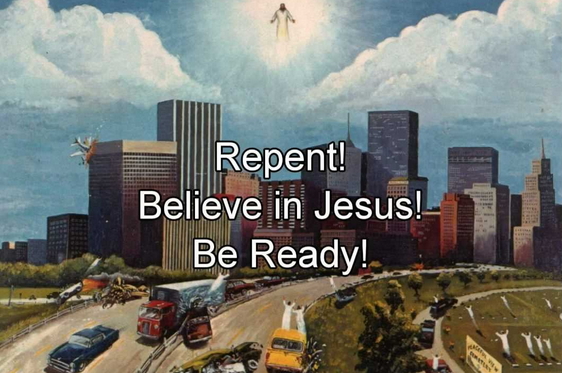 My name is Samuel Oluwatoki but people call me Sam. I will like to share My TESTIMONY with you.

Late one evening, I way lying on the bed and the thought of what death felt like began to go through my mind. For some un-explainable reason, i was really curious and wanted to know what happens after death. Suddenly, something like a spirit left my body and i could see my lifeless body on the bed. I tried to touch it but i couldn’t. It was as if i was trying to grab vapor. At this point, i knew something was seriously wrong. I began to panic. Am i dead?….does it mean that i will never see my beloved mum again? … how will i get back into my lifeless body? All these thoughts began to pass through my mind. All of a sudden, i found myself in a small room. There was light in that room but i could not see any bulb. Somehow, i knew that small room was some sort of a waiting room. Two angels were on there way to pick me for judgement. In that small room, there was no concept of time. It was in that small room i understood the word ‘eternity’. It was as if time froze. Psalm 90:4 says: “ For a thousand years in thy sight are but as yesterday when it is past, and as a watch in the night.” I began to feel cold and lonely. I can’t find words to describe the quietness. It was frightening! I could hear my heartbeats. No friends, family, no one except myself and the records of how i spent my life.

As i stood there, feeling lonely, i began to think about my life. I remembered everything. I remembered the times i missed church services. I remembered how people witnessed to me about Christ and i didn’t listen. I remembered the times i fornicated, told lies, fought with people, stole as a kid, etc. I remembered all the terrible things i had done and became scared. My heart began to beat fast. It was as if i was waiting for the result of an exam or a driving test. It was as if someone opened a file before me and was reading all my sins to me, one after the other. I tried to remember the good deeds i did but it was nothing compared to the terrible things i had done. Daniel 5:27 says,“TEKEL : that you have been weighed in the balance and found deficient.” I was found wanting and i began to cry. It was in that small room i understood how big God was. I felt like an ant in the presence of a million foot tall man. I knew where i was heading to. With deep regrets, i knelt down and i began to cry and ask for another opportunity. All i wanted at that point was another chance to return to earth to put things right. Whilst i was crying like a baby, pleading for another chance, i woke up in sweat. That night gave my life to Jesus!

On Tuesday 13 August 2011, I had another dream. I was in a small town. We were all expecting something. Terror was written all over our faces. All of a sudden, people started running helter and skelter. Some climbed on tall trees, others a dug a huge tunnel and hid there. Few boarded trains going to the next city. I have never seen commotion of this magnitude before in my life. Parents ran off leaving their children behind. Husbands ran to the left and the wife to the right. There were a lot of screaming children in the streets. The chaos was too much. As this was going on, i walked into a small house where some soldiers held some people captive. They had every one – those that hid in tunnels, those that climbed on trees, those that boarded trains, etc. They caught everyone. There was something else in the room but i didn’t see it. I immediately ran to the next town to warn them. They began to made fun of me. They laughed me to scorn. Out of anger i screamed “death is coming” and i woke up. When i slept back, i saw the beginning of something. There were groups of people working in a small office. Some of them were working very hard whilst others played around. Since no one was watching, everyone did what they liked. After a while , some took the hard working ones to a palace to meet a very rich king. I was taken to where the king sat and i saw a group people around him rejoicing. They gave the hardworking ones a tour around the palace. As they went round , i woke up.

The Master is coming soon. Isaiah 1:3 says, “the ox knows its owner, the donkey its master’s crib but Israel does not know, my people do not consider.” Revelations 22:12 says, “behold I am coming quickly and my reward is with me, to give to everyone according to his work.” It was in that small room, waiting to be taken for judgement, that i understood that everything in this present world is vanity. Ecclesiastes 1:2 says, “vanity of vanities, says the preacher; vanity of vanities all is vanity.” If you have not given your life to Christ, repent today and give your life to Him today. Repent whilst there is still time. Make restitution whilst you can now. Once Christ returns that will be it.

John 3:16 says,”for God so loved the world that he gave his only begotten son that whosoever believe him will not die but have everlasting life.” John 14:6 says, “Jesus saith unto him, I am the way, the truth, and the life: no man cometh unto the Father, but by me.” The only way to heaven is by accepting Jesus Christ as your personal lord and savior. Romans 10:9 says, “That if thou shalt confess with thy mouth the Lord Jesus, and shalt believe in thine heart that God hath raised him from the dead, thou shalt be saved. “

If you are ready to give your life to Christ, please pray this prayer with me. Lord Jesus, I give myself to you, for you to be my only Lord and Savior. I renounce and repudiate all other loyalties, and I desire no other Lord but You. Please come into me and take control of my life. Mold me to your will and to your use.I ask that you drive out all other spirits which conflict with you in anyway. I want to belong only to you, to be subject only to you. I make this prayer to you,in your name, the name of Jesus. Amen.

Brethren please forward this to all your friends and family.

Continue Reading
You may also like...
Related Topics:jesus is coming soon