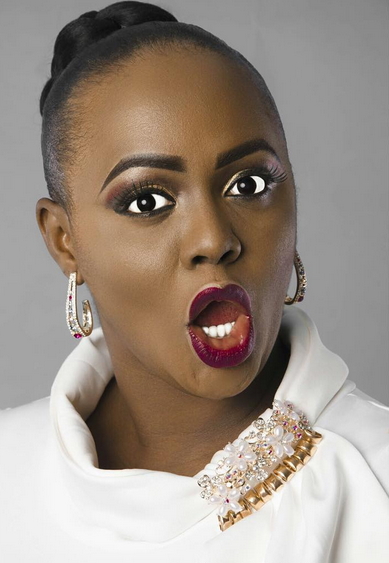 Popular TV presenter, actress and entrepreneur Helen Paul aka Tatafo has opened up on how a her voice brought her to fame about 15 years ago during a studio session in Lagos.

The rib cracker stated that her journey to stardom began when she had to fill in for a voice over artiste who failed to show up for an appointment for the recording of a jingle at the Eko FM Reel Mix Studios.

“This voice has taken me places,” begins Tatafo, “it all began 15 years ago when I was a receptionist at Eko Reel Mix Studios, Lagos. A client wanted to do a jingle and the person in charge hadn’t come and time was running out so I stood in the gap and did the jingle and ever since I have never looked back.”
Tatafo says so impressed were those around a couple of friends called her aside and advised her to pursue a career in showbiz.
“I was so excited after I did the jingle. They told me I could make money from the voice and voila, their words have manifested today. Bayo Adetu, who is now my manager and publicist also wrote about me as an up-and-coming star and his prophecy came through.”

The mother of two is currently doing her PhD at the University of Lagos.