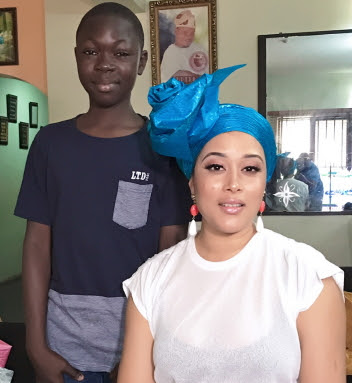 Nollywood rising star Adunni Ade has been rewarded for helping a helpless boy become a superstar.

The actress who discovered 13-year-old Fatai Azeez, an expert in tying Gele has won more fans for her kindness.

Fatai already got featured by BBC Africa and this has made Adunni a star all over again as Nigerians praised her for bringing out the boy.

According to the single mother of two, Fatai is ever willing to learn and this shows that he would go a long way in his career of choice.

See Fatai in action in the BBC documentary below.

So kind of her.