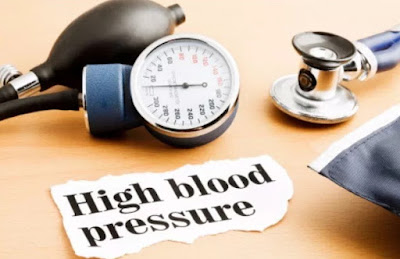 He made this known at a symposium on “Sudden Death in Nigeria: Public Dissemination of National Survey” organised by the Non-Communicable Disease Research Group of the institution.

Wikipedia, the free encyclopaedia says, “Hypertension, also known as high blood pressure (HBP), is a long-term medical condition in which the blood pressure in the arteries is persistently elevated.

“High blood pressure usually does not cause symptoms.

Salako said that hypertension was a silent killer which 70 per cent of people were not aware of.

“It is a silent killer because it usually presented with no early symptoms.

“In Nigeria and most developing countries, sudden death remains on the increase and has become a formidable health challenge in need of urgent interventions.

“There is an urgent need to curb hypertension and the males are more affected than females.

“There is need to let people know that routine check is also important for everyone in order to know his or her blood pressure status,’’ he said.

Also, Dr Nkiru Odunukwe, the Head of Non-Communicable Disease in NIMR, said that sudden death has become a leading global health problem in the country.

“Over seven million people are estimated to die suddenly annually, representing 40 per cent of the annual global deaths.

“Without appropriate interventions, this rate is expected to double by 2020 with 83 per cent of sudden death cases occurring in developing countries.

“The declining incidence of sudden death in developed countries has been attributed to availability of detailed research data for adequate intervention programmes,” Odunukwe said.

She said that the risk factors of sudden death were identified with cardiovascular, respiratory and central nervous system disorders as the commonest causes.

In his remarks, Dr Bamidele Iwalokun, the Head of Immunology and Vaccinology Research Group in NIMR, urged health workers to improve on the national surveillance guidelines on sudden death identification and reporting.

Iwalokun said that health workers play crucial role in the implementation of the sudden death surveillance system and subsequent monitoring.

“Currently, there is paucity of data on knowledge, attitude and sudden death investigation practices among health workers in Nigeria.

“A low percentage of pathologists for sudden death identification, investigation and reporting in the country stands at 18.4 per cent,” he said.

Iwalokun urged the three tiers of governments to establish sudden death registry secondary to autopsy registry in the country.

How To Reduce, Get Rid Of Stomach Fat Naturally
Health Talk: 7 Life-Saving Health Benefits Of Papaya