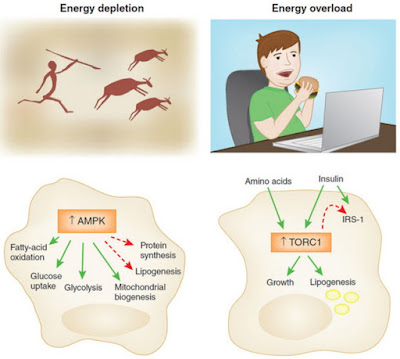 Penn researchers have identified a new cause of insulin resistance in Type 2 diabetics, a finding that could pave the way for new ways to treat the condition. The findings are published online in the journal Nature Medicine.

Researchers from the Perelman School of Medicine at the University of Pennsylvania in the United States (U.S) found that insulin resistance, which blocks the body’s ability to effectively process sugar, is linked to high levels of certain amino acids.

The team found that a by-product of the breakdown of amino acids, called 3-HIB, is secreted from muscles and leads to fat accumulation in the muscle, in turn leading to insulin resistance. As a result, blocking the synthesis of 3-HIB in muscle cells inhibited the uptake of fat in muscle.

According to Dr. Zoltan Arany, an associate professor of cardiovascular medicine at Pennsylvania, “the discovery of this novel pathway — the way the body breaks down these amino acids that drive more fat into the muscles — opens new avenues for future research on insulin resistance, and introduces a conceptually entirely new way to target treatment for diabetes.” Diabetes is a problem with the body that causes blood glucose (sugar) levels to rise higher than normal.

This is also called hyperglycemia. Diabetes mellitus type 2 is a long term metabolic disorder that is characterised by high blood sugar, insulin resistance, and relative lack of insulin. Common symptoms include increased thirst, frequent urination, and unexplained weight loss. The new discovery, published in the journal Nature Medicine, was based on an analysis of mouse and human muscle and blood samples.

“This research sought to answer a few large questions,” said Dr. Arany. “How does fat get into skeletal muscle? And how is the elevation of certain amino acids in people with diabetes related to insulin resistance?

We have appreciated for over 10years that diabetes is accompanied by elevations in the blood of branched-chain amino acids, which humans can only obtain in their diet. However, we didn’t understand how this could cause insulin resistance and diabetes. How is elevated blood sugar related to these amino acids?” The study was funded, in part, by the American Heart Association and the National Institutes of Health.