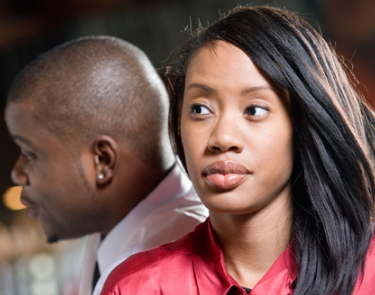 July 1st, 2016 – How Culture Shock Crashed The Happy Marriage Of A Nigerian Couple Who Relocated To Lagos From America

When I heard that Tokunbo had taken her three children back to America, just like that, I was dazed and amazed. I mean, taking a short trip without telling me was okay once in a while but relocating abroad with children, resigning your job and all that?

What had gotten into her head? What are friends for if they can’t share such stuff ? At first, I was so angry I didn’t call my friend. She couldn’t think much of me as a friend if she could take such a far-reaching decision without telling me? But I started hearing all kinds of rumours. She ran off with a man. She is a mean woman, leaving her husband like that. And taking all the children? Where does he want him to start? She didn’t just leave o. She got pregnant for her boss and to avoid the shame, the man just relocated her abroad.

Ah, that last one cured me of my anger. Tokunbo is not that kind of girl. She could not be pregnant for her boss. Not by any stretch on imagination. I know she is reserved and is not loose with information about her marriage. But I also know that after her last son, she ‘removed her womb’. She was sure Ola, her husband, had no female chromosome in body. ‘He’s just gonna keep knocking me up with more boys.’ She said and that was that. No more babies.

So, I know that the part about being ’pregnant for the boss’ was totally out of it. But the rumours were really damaging and the fact that all her phones, local and foreign, were not available. She did it so clandestinely even her parents only knew when she was already in Baltimore.

When I eventually got her younger brother to give me her new number, the story Tokunbo told me was interesting. Let me give you an intro. Tokunbo was born in America. She schooled Pecks in Yankee, pesky in Naijathere and only started visiting Nigeria when her parents insisted. She was already in the university then and her parents did not want her marrying a foreigner.

They thought if she visited home regularly, she would find or be found. It didn’t eventually work out that way but she eventually met and married Ola, an only child of his parents . He schooled in the US and was already working when they met. Goodlooking hunky dude with a six-pack abs that looked like he was born with it. We were all happy for Toks. And the boys started coming one after the other.

They had their three boys in five years. Prolific bobo was how we described Ola and the way he ‘unleashed his manness’ on my delicately built friend. And everything was hunky-dory until three years ago when the couple decided to relocate to Nigeria. Ola’s parents were getting on in years and they wanted their son closer. They also weren’t seeing their grandsons . Ola is a lawyer and would find a good job in Nigeria. Tokunbo is a pharmacist.

They would not have a problem settling back home. After almost three years of preparing, Ola and Toks finally returned to Nigeria three years ago. Tokunbo took it up from there. ‘it was great to be back home al right but the reality soon dawned n us. First, was the challenge of where we were going to live. Since we both had jobs on the mainland in Lagos, I thought we should live around Ikeja. My pay was better than Ola’s and he didn’t want me to start picking his bills.

He wanted us to live somewhere closer to Ogun state than Ikeja. He said he was the man and that is the way it is in Nigeria. We were a couple for Christ’s sake and who earned or paid for what had never been an issue but when it started generating tension, I gave in. Where we ended up was not fun at all. The traffic was killing me and I was always tired and frustrated.

Then Ola who used to pick the children in school in America somehow decided that school runs were a woman’s thing and so was beneath him. In US, I took the children to school and he brought them back. He got home before me and he had no problems fixing quick dinner for them but all that changed. He would not even eat quick dinner himself least of all cook for his children.

He told me it was his wife’s job to cook, that in Nigeria, people would think I was less of a woman if he helped in the kitchen or even did any house chores with me. To worsen an already bad case, his siblings started making demands, the type we were able to plan for or reschedule while we were away. We could no longer do so. They did not believe their brother didn’t have the kind of money they were asking for. They didn’t know I was making more money or that the SUV in the garage was my official car. They took up arms when I didn’t let them do it.

They summoned family meeting when I told his brothers to do the dishes or help with chores. They wanted my children brought up in a certain way. And my husband simply let them have their way.

‘Imagine having to work long hours and return home to unfed children and a filthy house, my brothers-in-law and my husband watching football while my children waited for me to cook dinner at 8pm ! Many nights they slept without eating. Then I had to take them to school and bring them back.

We tried school bus but the traffic ensured they got home so late I was always tensed up they had been kidnapped or were in an accident.’ And then Tokunbo caught Ola with another woman.

Oyinbo girl, she flipped and threatened and cried and cried. He pacified her but he just started seeing the girl. He said it was just a fling. His brother said ‘men are like that. It doesn’t mean anything.’ Oyinbo girl flipped some more. Maybe, things would have changed. Maybe the storm would have eventually blown over but her former place of work in America, just in the middle of all that crises, announced a job vacancy and Tokunbo responded. The offer was too good to be true.

She put off resuming in the US for months, hoping things would improve on the home front. It didn’t. She told Ola of her fear, her unhappiness. He threatened that if she took the job, it would be the end of the marriage and he would not allow her take the children. The threat really frightened Toks and she knew she had to save herself. ‘I thought we should be saving our marriage together, fight to keep our vows but I could not even recognise the man my husband had become.

So I made my plans, bought the tickets and kept a straight face all through. I still love my husband and won’t ask for divorce but I won’t live under conditions that would cut my life short.’

Toks’ voice shook on the phone but her resolve was unbroken. It’s been nine months and she looks better and she is more determined to stay in America. Methinks, the couple should not have returned to Nigeria. They didn’t count the cost. They were not prepared for the culture shock.

Ini Edo Returns 24 Hours After…, Claims She Is More Matured Now
Seyi Edun: I Was Never Pregnant For Niyi Johnson Nor Kicked Out By My Boyfriend