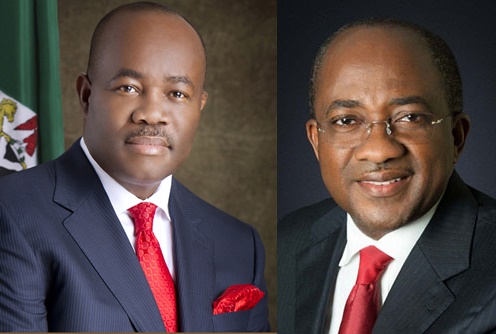 The Justice Goddy Anunihu led the election petition tribunal sitting at the Customary Court, Dutsen Alhaji in Abuja on Thursday received testimony from the petitioner, Inibehe Okori, on how election materials meant for the senatorial election were allegedly hijacked.

Okori, who is the All Progressives Congress (APC) senatorial candidate, Ikot Ekpene Senatorial District, is challenging the declaration of Godswill Akpabio as winner of the election.
Okori, during cross examination told the tribunal that in his presence, “the entire election materials for his unit were hijacked by people suspected to be thugs loyal to the Peoples Democratic Party (PDP).”

He wondered how election results could be announced “from a process where no ballot paper and other election materials were available to voters in the unit”.
Asked if the Card Reader was still supposed to be used in manual accreditation, Chief Okori told the tribunal that the usage of the Permanent Voters Card (PVC) and the Card Reader was to aid in identifying the owners of the PVC as well as in fingerprint authentication, stating that, the law only allows the process to be reversed to manual accreditation when fingerprint authentication fails.

He declared that even when the authentication fails and an incidence form is to be filled, it is the voter who should fill the incidence form.
On whether he had agents for the election, he answered categorically by stating that as the senatorial candidate of the APC, he had agents in all the polling units in the senatorial district and that they monitored the exercise for him.

Okori’s testimony brings to 17, the number of witnesses that have so far testified against the 1st respondent, Godswill Akpabio.

The case was adjourned to Wednesday, August 19 for the petitioners to conclude their case after which Akpabio will have nine days to present 63 witnesses in his defence.