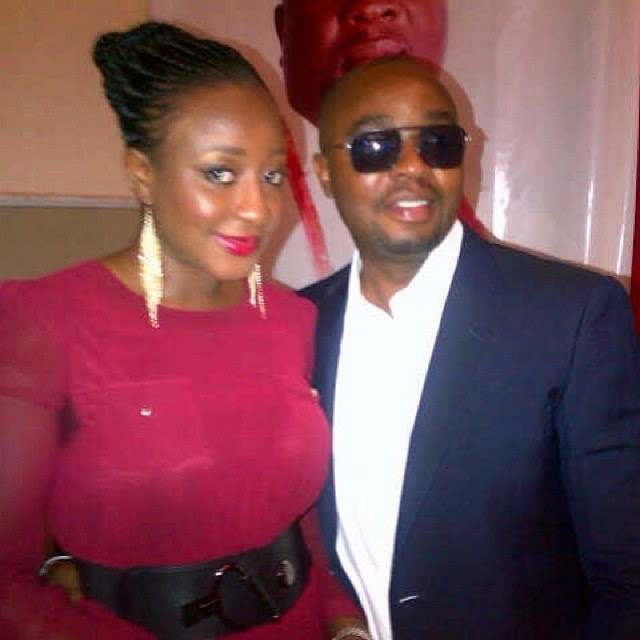 Though the actress said her marriage broke down over irreconcilable differences, a new story as to what ended the marriage has surfaced.

In an exclusive chat with Vanguard, Ini Edo said her Americana husband is not the one funding the marriage.

Ini Edo reportedly said she was the one taking care of him throughout the course of their short-lived marriage.

The marriage came to a stand still when one alleged sugar daddy bought a mansion for Ini Edo in Lekki and her husband requested that she put his name on the property.

Ini Edo’s refusal to yield to his instruction forced him to threaten an end to the marriage.

“Philips wanted it to be a joint property, but Ini vehemently said no, that she would have none of that. Philips was said to have threatened to move out of their home if Ini refused to put his name on the deed. She stood her grounds and Philips also made good his threat.”

“He moved out of the house and took up residence with another lady in Accra, Ghana which has been his home for the past six months. All entreaties by family members for Philips to return home were rebuffed; he wanted his name on the deed or no marriage,”.

“For three months, Ini Edo did not set her eyes on her husband and he had started flaunting his new girlfriend to spite Ini. Scheduled appointments by her father in-law to resolve the issue amicably were rebuffed by Philips and ini was shocked.”

When Ini was contacted to hear his own side of the story, the actress turned down the request. She reportedly said her hubby Philips is a closed chapter of her life and that she’s looking forward to a better future.

As at the time of this report, Philip and a Nigerian socialite based in Accra-Ghana are dating.