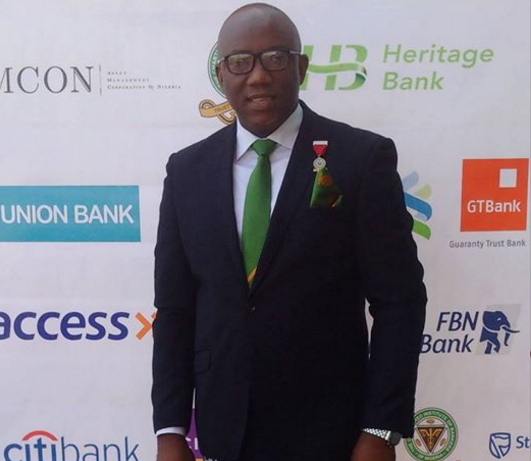 THE KIND OF JUJU RICH NIGERIANS DO TO REMAIN WEALTHY By Anayo M. Nwosu

Chief Uwaezuoke could no longer bear his grief. None of his kinsmen came around for the burial his son, the third to die in two years.

“What manner of wickedness is this?” His people were asking. “How can a man be so callous to be sacrificing his children one after the other for earthly riches?”They queried.

Nobody in the town except the priests and the medical professionals believed Chief Uwaezuoke’s claim that his children were dying of complications from sickle Cell Anaemia.

We thought he was lying because he was a wealthy man.

As a growing child at Nnewi, a town with the highest density of self-made millionaires per hamlet in Nigeria, I was convinced by the fables and the queer behaviors of the wealthy indigenes that there was something or a kind of juju behind any stupendous wealth.

Stories were abound how the rich sacrificed their manhood, children, parents and spouses to Satan to get and remain rich.

Some other wealthy men, we heard, were members of a powerful Yoruba and Benin controlled secret cult or fraternity.

My own proof of the satanic link of the wealthy is their reluctance to give money easily as a help to their downtrodden relatives who they deemed failures.

They would rather empower outsiders who also work for them.
I believed that the rich man was a treasurer of his kinsmen and should disburse the money on request to relatives.

Though I coveted the allure of riches, I was not ready to spend eternity in the hell our village priest painted.
What would it benefit a man to enjoy in this short world and spend eternity in hell fire? Our parish priest would ask to drive home of the fear of hell fire.

When I landed a banking job after my postgraduate education, I decided to make a systematic study of my rich customers to ascertain if there were things other than satanic powers that made them rich.

Where else can one gauge the size of wealth of the rich than from their account activities?
Applying research tools I perfected in the university, I profiled my customers and selected about top ten of them for analysis.

I was shocked to find out that many of the rich in the records of the banks were heavy borrowers.
They borrow billions to trade or as working capital to run their factories and businesses.

I also noticed that any of them that failed to repay the loans as at when due would be blacklisted and the property or collateral pledged to secure the loans would be sold by the bank to cover the gaps.

Could that be the reason why the rich wouldn’t bring out money to share or would surround themselves with value-adding staff irrespective of nativity?

Could it be the reason why the rich would not keep funding the pleasures of their relatives otherwise they wouldn’t be able to repay their loans?

Many of the rich are committed to their business. They have near perfect understanding of how their businesses work and are quick in identifying threats to their existence and address them.

The wealthy don’t play with legal advice as they always have good legal minds as friends.
These guys would do anything to remain in the good books of their bank managers as they know that the banks are the source of their oxygen.

Still not convinced, I hitched a liberty to confront one of the richest Igbo men, my customer and my friend.
I asked him if he had ever used human parts for rituals to make his money before the bank came to his assistance.

The man was happy that I asked the question as he could now understand why I would never agree to eat in his house. I never believed that a man could be that rich without a supernatural support. I didn’t want to die young.

The wealthy man told me how many businesses he had done before, the ones that failed and how huge a money he had lost in failed investments.

He told me that nobody could make a dunce or a fool rich; not even Lucifer himself.
My friend attributed his success to his “never quit” mentality. He keeps trying until he succeeds and would always seek for experts advice as that had saved him a lot of money.
That got me thinking.

I have come to conclude that the juju that create and sustain wealth of the rich are intelligence, diligence, hard work, good interpersonal skills, good credit rating, wise investments, eagerness to seek good counsel, ability to identify talents and use them, stubbornness and self belief.

Even with my little progress in life, a woman last year December, returned the gift of money I gave her son who was a university student. I felt scandalized.

The woman was resolute and didn’t leave me in doubt as per the clear message she intended to pass.
And I got the message.

She didn’t want anybody to steal or covert her son’s destiny or “akaraka”.

She begged me not to ever give money to any of her children.

I could hear the woman say in low tone “ndi ogwu ego” meaning “ritualists” as she jammed the door of my living room after her.

The fearful woman though semi literate, was a new convert to a nearby Pentecostal church. She had acquired the powers to confront devil himself.

I was for her, a small case to handle.

Her pastor had enjoined them to be weary of suddenly rich men and their destiny twisting antics.
But I was wrongly classified as a rich man because no employee like me could be said to be rich.

The woman had an optical illusion of my worth.

My employers had recently changed my status car to an SUV and the news circulating among my folks that I had visited India sometime ago didn’t help matters.

Nobody believed my story that I was sent to India by my employers for training. I could tell that to the marines!

The locals in my town believed that India was the headquarters of juju and that anybody that went to India had gone to acquire a very potent juju.

What a retribution or a payback for joining the multitude to accuse late Chief Uwaezuoke of sustaining his wealth by a sequential ritual sacrifice of his children!