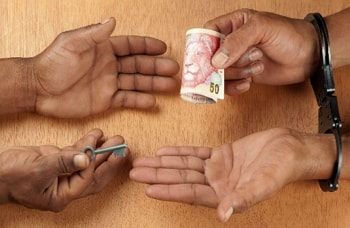 *IF YOU WANT TO REMOVE CORRUPTION IN ANY SYSTEM, MAKE THE PROCESS ELECTRONIC AND REDUCE LEVELS OF HUMAN INTERFERENCE- SIR MELIE ONYEJEPU*

Sir Melie Onyejepu hails from Nnewi, Anambra state. He is currently the General Manager, Bureau for Public Procurement and Special Adviser, budget implementation and performance to the Executive Governor of Anambra State. As special adviser on budget implementation and performance, his office ensures that the state budget is properly monitored and that monies released to ministries are properly retired in line with the reason the budget was drawn. As Anambra procurement boss, his office also ensures that the law passed on procurement by the State House of Assembly are properly followed to the letter and that the state gets best price for the contract it awards and the best quality. He spoke to government house media during the “*BRIEF THE MEDIA PROGRAMME*” on government activities and performance by heads of MDAs. Excerpts:

*UNDER YOUR WATCH ANAMBRA HAS PERFORMED WELL IN TERMS OF TRANSPARENCY, ARE THERE LAURELS THAT CAN BE CREDITED TO THIS ADMINISTRATION WITH REGARDS TO THAT?*

If you don’t plan, you will fail. From the outset of this administration, we began with a blueprint for the state and that was the first time it happened. Blueprint contains the mission and the vision of an administration. It’s like a road map or guide on a journey. To be frank, that blueprint was the master stroke that helped this administration. Immediately we were through with the blueprint, we were able to hit the ground running. Similarly, to stem corruption from the budget process, we came up with a system called International Public Accounting System (IPAS). It is an international standard of accounting obtainable in most developed countries of the world. So, if you want to institute transparency and accountability, then you have to key into this kind of platform that is recognised globally and if World Bank is reviewing your books, it would do so in line with global best practices. The good news about IPAS is that the world bank did an analysis of states that implemented this process across the 36 states of the federation and Anambra State came first in the south east and second in the whole federation. So the worldbank and donor agencies grew confidence in the state and were willing to partner with us.

Under the procurement process, there were also avenues for corruption but with the support of the Government, we defined our bidding, contracting and procurement processes. We started what we call Opening Contracting Portal (an electronic platform). To the best of my knowledge, if you want to remove corruption in any system, make the process electronic and reduce levels of human interference. So we have implemented the opening contracting portal system in the State where anyone can see the list of contractors and the project they are handling. On the other side, we have also implemented the opening procurement portal, whereby procurement processes can be started online and when a bidding is advertised online, any company or anyone who is qualified to bid can participate in the bidding process. We amended the procurement law to be in tandem with global best practices and World Bank has given us accolades for that. For implementing the open portal, setting up the e-procurement portal, setting up the bureau, amending the procurement law to be in tandem with best practice, setting up of the procurement council, World Bank has given us commendations and accolades.

*THE 2021 BUDGET IS ABOUT 141 BILLION NAIRA, GIVEN YOUR EXPERIENCE OVER THE YEARS, WHAT WILL BE THE AVERAGE EXPECTATION OF EVERY ONYE ANAMBRA WITH REGARDS TO THE 2021 BUDGET. SECONDLY, PRIOR TO THE ESTABLISHMENT OF BPP, THERE WAS THE TENDER’S BOARD. IN VIEW OF MAKING CLARIFICATIONS, HAS THE TENDER’S BOARD BEEN DISSOLVED OR ABSORBED BY BPP OR ARE THEY WORKING TOGETHER NOW?*

For the 2021 budget, the initiative behind it is to temper the effect of the COVID 19 pandemic and the downturn in the world economy on Anambrarians. This is why we have prioritised youth and women empowerment, health and agriculture.

*THERE IS THIS GROWING CONCERN THAT THE ACTUAL BUDGET AND THE LEVEL OF IMPLEMENTATION ARE USUALLY POOR, HOW DIFFERENT IS ANAMBRA IN TERMS OF BUDGET IMPLEMENTATION AND PERFORMANCE?*

I’m going to take the past 3 years budget as a reference. Anambra has been averaging 78-83% implementation. This year, we will achieve 79 percent implementation despite Covid-19 and downturn in the economy. We did a lot of spending last year under the Covid-19 initiative and that was why at the middle of the year we had to adjust our budget to reflect activities of the Covid-19 era. Like I said before, we would achieve 79% implementation.

*GIVEN THE ROLE YOUR OFFICE PLAYS IN TERMS OF AWARDING OF CONTRACTS, ARE THERE CHALLENGES WHEN IT COMES TO ROAD CONSTRUCTION, BECAUSE THERE ARE CONCERNS ABOUT THE QUALITY OF THE ROADS EXECUTED?*

On contract execution and challenges in road construction and the quality of work done, if you recall, the quality control department of the Ministry of works has been in existence before this current Government, but this administration made sure they are alive to their responsibilities. So that’s an initiative to make sure the quality of work done in road construction and building construction is taken into consideration and in line with standards. There is also a committee set up by the Governor to ensure that the state derives value from the roads that are being constructed. In terms of quality of material used, quantity etc, the committee ensures that contractors meet up with the standard. So if you check the roads being constructed in recent times, you will see it conforms to the quality expected.

*NNEWI IN RECENT TIMES HAS BEEN IN THE FOREFRONT OF OPPOSITION IN THE STATE. COULD YOU LET US KNOW SOME OF THE PROJECTS THIS ADMINISTRATION HAS DONE FOR NDI NNEWI?*

It is not true that in Nnewi people are in the forefront of opposition against this government. I can tell you that Nnewi people have tremendous respect for this administration and the governor equally loves Ndi Nnewi so much and it might be based on the fact that the late supreme leader of APGA is from Nnewi. The Government is spending over 10 Billion naira on erosion projects. Obiofia -nnewichi erosion is valued at 6.7 Billion and because of the transparency mantra of this administration, the world bank through collaboration with the federal government and Anambra state government are funding the project. The state Government has made a counterpart funding of 2 Billion naira towards that project. The 100 foot road erosion, if left would have taken the Nkwo Nnewi market underground and the erosion site was very active. For every rainfall, 40,000 cubic tones of sand is eroded. The Government sank 3.5 Billion naira there. The other one at Odida, Nnewichi, and the Government spent over 100 Million naira. The governor also completed the OkofiaOtolo road linking Utuh. Another one is the Eme town hall road and the road heading to Nnewi Hotels and so many other roads. Even when you stretch the amount the government has spent on erosion works in Nnewi alone, it would cover so many kilometres of road.

In Nnewi, we have streetlights in the villages and that has improved the economy of those villages and improved security. World Bank and the State Government have revived the biggest water project in the Town and the Government has spent over 100million to revive that and the Amuko water works. So with the water reticulated and metered, the whole town will have water and generate revenue for the State.

The inspiration came from Dr. Mrs. Ebelechukwu Obiano’s CAFE. Let me say it here and now, even as the wife of the governor, she runs her NGO without any allocation from the state government. She doesn’t even get a grant, subvention, security votes or allowance. So some of us decided to support and emulate her. We learnt real charity from her and decided to setup a foundation in my father’s name using our little savings to make sure that bright students who can’t go to school because of lack funds have access to formal education.

A woman who had her young daughter raped by her uncle reported to our foundation and we took over the case, wrote to the Ministry of Women affairs and got the girl rehabilitated. We also renovated their house and we are taking care of the welfare of her other kids.