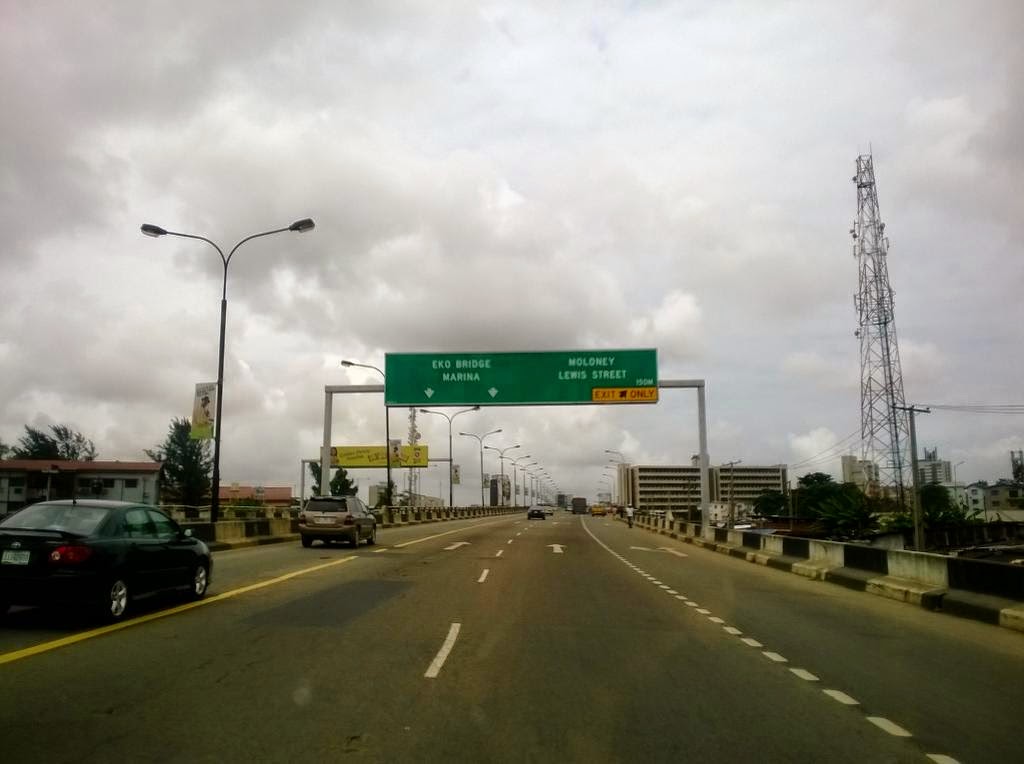 “Oga! Oga! go back, I say go back, no go dat side o. One man don catch the Ebola disease and e wan die; you better run for your life!”

I had arrived Obalende, a popular bus station in central Lagos having alighted from an in-bound BRT bus from the peninsular Ajah area of the city a moment earlier and walked straight into the Ebola virus disease scare that had thrown the bus station into an uproar. Not that Obalende, the once notorious city centre synonymous with Nigeria’s socio-political history had ever possessed the serene ambience of its neighbouring colonial GRA of Ikoyi but even on its saner days, the oldest bus station in Lagos was always in a state of bedlam. But on the day I passed through its maze of human and vehicular commotion, Obalende seemed to have played host to a thousand demons.

People ran in different directions. One woman almost pushed me in the path of an oncoming bus driven wildly by a fleeing commercial bus driver. A cart pusher, eager to get away from the clutches of the deadly Ebola ran his omolanke (cart) straight into a crowd of fleeing pedestrians. Panicky street vendors, oblivious of the cause of the chaos but on hearing the word “Ebola” abandoned their wares and fled. The disheveled-looking man who had previously warned me not to get close ran barefooted, his shoes in his hand. He wheezed past me as if he had seen a ghost.

Amidst the pandemonium around me, I stood for a moment to observe the scenario. Why run when I could not see my pursuer? Then, I looked up to see the source of the frenzy. Just ahead of me and in front of a decrepit gas station, a man was on the ground, face up and spread-eagled. I walked the distance to the scene. The man on the ground was obviously in distress. But in Lagos, the scene was familiar. The man on the ground could be a homeless victim of hunger or a serial alcoholic inebriated on the local brew, paraga capable of knocking its consumers into a state of temporary coma. But no one was willing to go any closer. The fear of Ebola has become the beginning of wisdom. However, this Nigerian needed help. I thought there was nothing to fear since Ebola can only be transmitted through exchange of fluids and close body contact. I stood close enough to maintain a safe distance. Now, some of those who had fled earlier had also gathered at a distance to watch the scene unfold.

I joined the other “Good Samaritans” who were courageous enough to offer some help to the man “Ebola victim”. One of those gathered contacted the Lagos State mobile ambulance nearby. As we discussed other options, the man suddenly moved. He opened his eyes and sat up. He looked dazed. Then, he called for water. A vendor, with a tray of the ubiquitous pure sachet water balanced on her head threw some sachets at him. He guzzled the water and poured the rest on his head. We were visibly relieved when he stood up and sat on a rickety bench nearby. Then, he beckoned on the crowd to come closer. Still, no one was willing to take the risk. Then, the man reached in his bag to produce a hospital card and some drugs. On a closer look, the drugs seemed for the treatment of hypertensive patients. It was then that I concluded he might have temporarily passed out.

We contacted his family through the phone number he provided. His house was within the vicinity. Not long after, a middle aged woman who identified herself as his wife arrived with some relatives. Fortuitously, the LAGBUS ambulance also arrived at the same time. The man was wheeled into the ambulance and driven off. The incident was scary. Moments later, Obalende which had temporarily come to a standstill soon resumed its chaotic rhythm. As I walked away from the scene, I thought how lucky the man was because he could have been left for dead for the fear of Ebola. But do you blame them? Since the virus found its way into Lagos by a “crazy” Liberian traveller named Patrick Sawyer, who also became the first Nigerian victim of the disease, its potency to spread and kill its victims had created mass hysteria.

The fear of the Ebola Virus Disease in Africa’s most populous nation has made the terror campaign of Boko Haram seem like a child’s play. The EVD which has killed about 1000 West Africans and still counting since February may be Nigeria’s new killer. In a country where death stalks the citizens like a shadow, the fear is real. For one, the level of poverty has worsened. According to the World Bank, more than 100 million of Nigeria’s 170 million population live in poverty. More of that figure cannot access nor afford quality health care. Our hospitals are worse than consulting clinics. The emergence of the EVD had also occurred at a time when resident doctors are on a nationwide strike. They had been protesting poor working conditions in a country where the political elite go abroad to treat ailment s minor as headache.

The poor living condition of the masses especially in Lagos, where three quarters of its estimated 18 million population live in crowded slums, will also aid the spread of the virus. Despite official information as to how observing simple hygiene can prevent transmission, conspiracy theories about Ebola have gripped the largely illiterate population. Some Nigerians have bought into the notion that Ebola is a ploy by the West to wipe off Africans. This theory was fuelled by the alleged “refusal” of the Obama administration to, until Tuesday, release to the affected West African countries the experimental serum ZMapp. Nothing can be more ridiculous. Some religious entrepreneurs have also claimed Ebola is “God’s way of punishing Africans for their ‘sins’”. This may eventually pave the way for commercial miracle healing.

As the Nigerian government battles to contain the spread of a disease that will make the AIDS and malaria green with envy, Nigerians have begun to adopt desperate and bizarre remedies to prevent infection. One of such is the “hot salty water solution”. A suggestion, that since has been known to be a joke, that by bathing with salt mixed with water and drinking the same can prevent transmission went viral over the weekend. That has proved fatal already. According to a report in a national newspaper, about 20 Nigerians have allegedly died due to excessive salt intake. Nigerians obviously do not want this Ebola. They have enough national tragedies to grapple with. The kidnapped Chibok girls have still not been rescued over 100 days after. We cannot afford to be afflicted by another potential national calamity.

Let’s hope Ebola does not spread to the level of an epidemic. No thanks to Sawyer whom President Goodluck Jonathan angrily, and rightly too, referred to as a “mad man” for adding to the list of his problems.