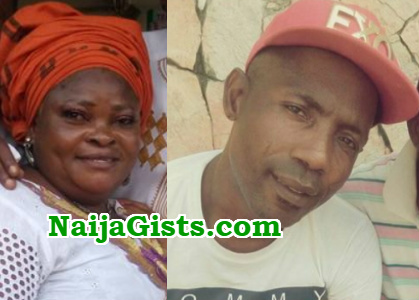 We first met about 18 years ago at country club but I didn’t give him attention. About 8 years ago, I was very sick but before then, we met somewhere and he later came to my shop to patronize me. He asked me if I remember his face again and that was all. When I was sick, he was the only person who stood by me. He helped me a lot, he took me to somewhere in Kabba for treatment and since then, I see him as someone you shouldn’t run away from.

How did the love affair come in?

Someone who stood you in your trying period is your helper, the love affair started immediately after I recovered from the strange ailment.

When he first met you 18 years ago, did he ask you out?

It is normal for a man to ask a woman out at party but I wasn’t interested, I waved it away but it has been destined that we will still marry each other. My meeting him again is a long story.

Why did you reject him the first time?
He was the MC of the event, and he was making his hilarious jokes generally as a comedian. He was like Mama you are not bad etc, I didn’t take him seriously and that was all. There was a friend of mine known as Larry K, a popular person; he was the one who made me marry him later.

Can you expatiate more on that?
He was like the middle man between us. He gave him my mobile number and when he got it was when he paid a visit to my shop. From there, love advances towards me, but when I was seriously sick, and I wasn’t married or dating anybody as at then, I called him and he helped me out.

What kind of ailment is that?
It wasn’t really an illness but a spiritual attack. It was one of the trials you get as a business person. I have several shops in different locations in Lagos, and of course beefing will surely come in. I give thanks to God Almighty. Between Bariga to Pedro Road, I was the first to establish boutiques in that area over 23 years ago. 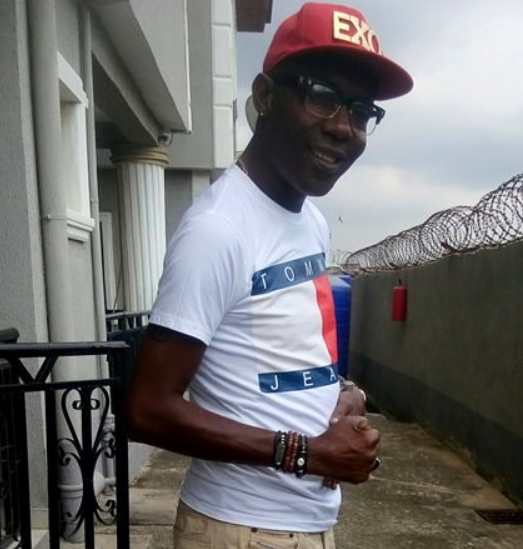 Did you start the business with boutique?
Yes! I started my business as a boutique owner. I am also into cosmetics business and I mix cream for people.

Were you married to another man when you first rejected his offer?

Not at all. But I have never been to an event and a man asks me out and I say yes, because I am not a prostitute, I waved it away but Larry K is like a brother to me. He is Lanko’s fan and that was why he found it easy to link us again. I later got married to one Mr Ayo who is now late before I married Lanko. I had 2 kids for him. The man was late about 16 years before I later married Lanko, I am not sure if we can still find that kind of woman again. At least 16 years I wasn’t jumping into bed with every man and I just had another baby and my first baby for Lanko a few years back.

People said Lanko fought his wife, Madam No Network to follow another woman……

There was nothing of such. Actually, I wanted to grant this interview to a Yoruba newspaper but I wasn’t chanced, I was out of the country. Lanko and Iya Mistura {Madam No Network} were no longer together again before he married another woman, and after that woman was when he came to me. They were both in Abeokuta and they got separated about 3-4 years before I married him. I wasn’t the one he married straight after Madam No Network but many people don’t know this. I didn’t meet Lanko with any woman when I was about to marry him. I don’t know how he met the Abeokuta woman but I am aware that Madam No Network was already married to another man. That was what Lanko told me.

What was the attraction before you agreed to Marry Lanko?
I have explained that his kind of person got me attracted. He is more like my helper. Everything isn’t about money neither was I searching for a famous person to marry. I have known a lot of famous persons but being a typical Yoruba man got me attracted to him. Like I said, I suffered a spiritual attack and he helped me out of it and that was a good enough reason for me to marry him because if I had died in the attack, what benefit would I gain from it? What if he chose not to help me out? So let us reason this together. He is like my small god.