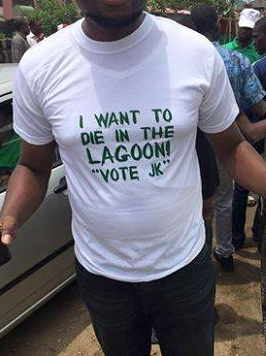 Just like Oga on top and Only U Waka come, another viral slogan is set to break the internet in Nigeria.

A man was spotted rocking  the above tshirt with the message ‘I wan to die in the lagoon’.

This is a response to Lagos monarch Rilwan Akiolu’s threat against the Igbos living in Lagos. 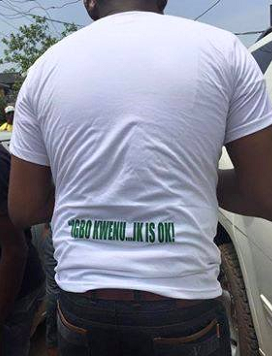 Continue Reading
You may also like...
Related Topics:i want to die in the lagoon t shirts, oba rilwan akiolu