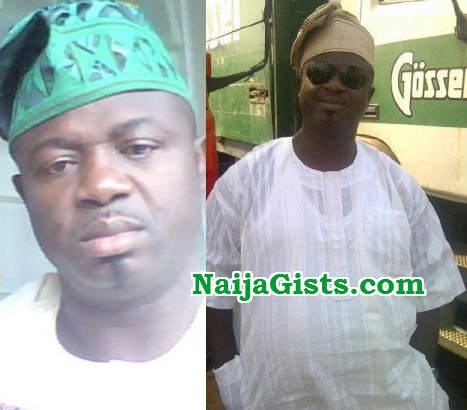 One of the biggest boys in Ibadan in the early 90s, a socialite named Femi Lekuti aka Danku is currently in a bad shape.

The Ibadan big boy whose mansion used to be a tourist attraction spot for the big boys in town is now down with stroke.

In the early 90s, no party can happen in town without his presence.

His battle with stroke started last year after he lost his bid to become Ibadan S-W House of Assembly rep.

According  to whispering birds in Ibadan, Danku was at Genesis event center late last year for the birthday party of one of his friends though he couldn’t spray money like he used to but he was thankful for the gift of life.

He returned the same night to his rented 2 bedroom flat in Apata area of Ibadan where he reportedly slumped and since then, he has been battling stroke.

Danku who is currently in Abeokuta needs urgent financial help to seek traditional cure to his ailment.

This is what the socialite told a reporter who visited him over the weekend:

“Yes, I’m battling stroke which has left part of my body in paralysis, right now I’m in Abeokuta where I was directed to seek traditional cure. Please reach my friends, tell them to help, I don’t want to die”.

Ibinabo Fiberesima Recirculates Old Photos From 2014 Visit To IDP Camp To Redeem Her Image
Ejike Mbaka: How Abacha Almost Killed Me, Why I Returned GEJ Offering