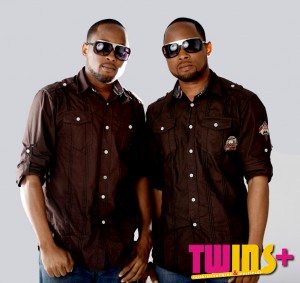 The Twins brothers (The Identical ) has initiated several humanitarian projects for Twins and multiples, they are part of The Inspired Twins Association, that advocate for twins on the street and Twins begging, and the organization have organized several Twins Day and conference for Twins across Africa.

The Edo state born Identical Twins who also have great passion for Acting and film making, will be launching the first ever Twins and multiple Lifestyle Magazine in the world, which is their current project

TWINSplus International Magazine is a break from the norm of regular Magazine publications, the first ever Twin & Multiple lifestyle magazine in the world,

Our vision is to create a platform to showcase, celebrate and promote the twins culture, through exclusive interviews, Twins stories, articles and event parenting advices, event., also providing great resources for Twins and Multiple Parenting,

Its a fact that Twins are blessing to the world with wonderful talents and abilities, all over the world Twins are known for their unique talents, creativity in all ramifications

And also several projects and events to celebrate Twins across Africa

1.Local Distribution Methods:
TWINSplus will be distributed on major newsstands Across Nigeria, and worldwide

Nigerian been the country with the largest twins and multiple birth, there are over 1000 twins Organizations with over 5 million Twins registered, with several twins gathering, events and festivals been organized ever month.

We will be distributing through our Twins and Multiple Networks in across Nigeria
International Distribution Methods:

TWINSplus is an international Magazine and will be distributing worldwide

we have partnered with major twins organizations and distributor worldwide, TWINSplus will be distributed in Ghana, Kenya, Uganda, Cameroon, South Africa, London, canada and USA Through our partners and large network of twins and multiples worldwide.

“The Ghana Twins Festival host over 5,000 Twins and parent of twins from around Africa for the past ten years.

Twins Days in Twins Burg Ohio, USA, host over 1 million twins and multpiles and parents from around the world august every year ,and is currently the largest twins festival in the world.

TWINSplus International Magazine / Identical Media is high affiliated and partners with all these twins Organizations and Events will be our major channel of distribution of the Magazine .

TWINSplus is the Second Magazine from Nigeria to be distributed on Digital platform Worldwide, and on Mobile .

The magazine will be available in Digital version on Online News stand and Mobile ( Iphone, Andriod, Ipad and more,and on our website www.twinsplusmagazine.com

Aside all these targeted channels of distribution we also will be distributing to the general public through major magazine stands after the official launch on the 11th of March 2012 at ZIGGIES PLACE, MAGOGO GRA, LAGOS NIGERIA
for more details visit www.twinsplusmagazine.com facebook.com/twinsplusmagazine twitter @twinsplusmag

thanks you for you support.