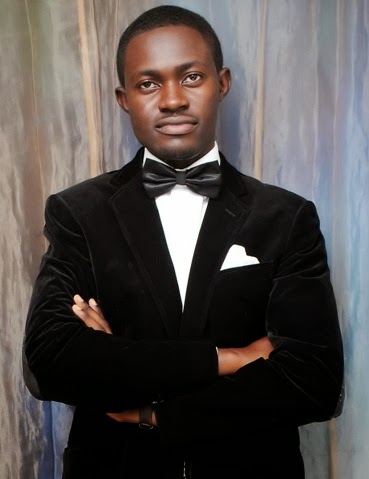 Several years ago as a teenager, my mother’s friend handed me a book. Neatly inscribed across the face of that book was the title – In His Steps: What Would Jesus do? Throughout the book, there was a constant throwback at what Christ’s activity would have been like in particular circumstances. It in turn explained what the expectations from his disciples were. Written by Charles Sheldon, it had layers of socialism for Christians in it.
History holds that Jesus was born circa 6 B.C, following an immaculate conception of a virgin.

His life is captured in the canonical gospels of Matthew, Mark, Luke and John. Jesus. In just three and a half years he founded Christianity, a way of life which continues to thrive today. He dressed the way people during his earthly sojourn dressed. He ate what they ate and he spoke in the language of the people, using the most potent communication tools of parables, examples and clear instructions to further the propagation of the gospel; one that he called his “father’s work.” He also engaged in theological discussions, which were the norm among the leaders of the synagogue back then. If Jesus were to have had that same assignment at an age like ours, would he have harnessed the new media tools that are abundantly available to do his work? Would he have been on Facebook? Would Christ have kept a blog to give updates of his numerous itineraries? When Jesus met Peter by the Sea of Galilee and asked him to follow him; would he have had to explain to him that he was not talking about Twitter but literally asking him to follow!

Since the goal was to spread the gospel to the innermost part of the earth, it is not unlikely that Christ would have been quick to harness social media tools to further his aspiration to depopulate the kingdom of darkness. Communication is fundamental in religion and since that is what the new media offers; it follows clearly that a 140-character platform like Twitter would have served Jesus. Social networks are the perfect idea-communication media for this age.
Christians understand that the Bible is filled with verses that are thick with meanings and with potentials to bring freedom to the captive. These verses, as status updates and tweets, would have served hugely for that assignment. And since Christians are the ambassadors of Christ on earth today, it’s fine to expect that they embrace the use of these media to untie knotty biblical concepts, to bring solution to those yearning for it and to in faith bring healing to the world like Christ did to the Roman Centurion’s servant without a physical visit to his house. “Truly I tell you, I have not found anyone in Israel with such great faith”, Christ quipped afterwards.
I think it’s brilliantly hilarious to conjecture on the numbers of followers Christ would have had on Twitter and the number of people who would have liked his Facebook fan pages; ditto the number of comments that a single blog post would have attracted. Christ’s YouTube Channel and the several hits it would have had, especially after his parable sessions, would have been a delight given that even the Pharisees and the Sadducees of this age would equally engage the issues and the arguments would go to and fro until an answer is found. The Zacchaeus’ of Jericho at that time would possibly not have had to climb trees but instead tweet at the master to catch his attention. Telling from the Bible as well, Christ had a sense of humour. What would his tweets about the only grateful leper of the total ten healed have been since Twitter literally encourages display of wit?
Certainly, we all would have loved to read Jesus’ tweets. And it would have been interesting to know who Jesus would follow on Twitter. What can however be done now is for his true disciples here on earth to continue the assignment; reaching out to people in the convenience of their rooms, using today’s new media with a sense of huge responsibility. These media are the perfect means of engagement. There are places too where the hard truth can be told very quickly. Christ was never known to sit down expecting people to come to him; instead, he went to find them. Unlike several rabbis during his time, he went about doing good – healing the sick, bringing the message of hope to the people.

I am familiar with the Facebook exploits of the Contemporary Worship Service of St. Michael’s (Anglican) Cathedral, Kaduna — for a medium-size and growing community with a very fluid population of young people who are always in and out of town. The social network continues to offer them an opportunity to keep tab with a church they have come to love. Like the Methodists, the Anglican Church also has its share of debate around new social issues. Later this week, the second Global Anglican Future Conference, will hold in Nairobi, Kenya. The rise of secularism in the church is their interest, especially the promotion of various sexual preferences. Maybe it’s time to also throw such new media-related issues into the discussion and show the way to churches like the United Methodists and others as the year 2016 date of the United Methodist is way too far.

The United Methodist Church is currently engaged in a debate as to the spiritual propriety of receiving the Holy Communion online. Theirs is an open communion which invites all worshipers in the church to come and partake. The controversy is whether a virtual community can be said to have “gathered together” as the priest recites the consecration for the communion elements – “Pour out your Holy Spirit on us gathered here, and on these gifts of bread and wine.” Those wishing to be offered the Holy Communion online believe that the blessings can travel through the Internet to the comfort of their homes, especially since they have also prepared a table with the wine and the bread; and they equally can light the candles online using the virtual chapel. For them, sacrament offering in the new media age is a thing of faith; same way people today solicit prayers on the phone from their pastors. This contentious issue is expected to be up for the final debate in 2016 when the church’s next general conference holds. It will squarely be about the need to discuss the limits of online community compared to real community gathered in a sanctuary. Since it is a Wesleyan movement where the teachings of Christ holds, the answer would lie in the answer to the question – What Would Jesus do?