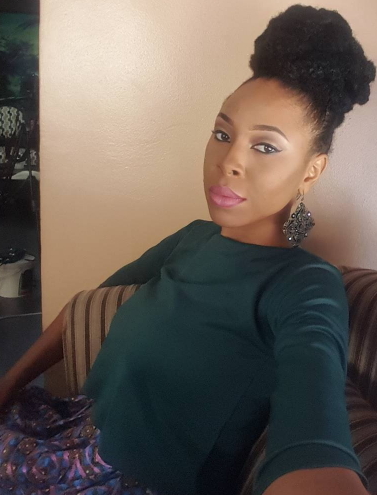 Beautiful Igbo TV presenter and actress Chioma Idigo and her cousin escaped death by a whisker in a car accident that happened on Friday.

Though she forgot to state the exact location of the lone crash, the actress however said, the crash happened after she picked her cousin from an NYSC orientation camp.

Chioma Idigo thanked some kind-hearted Nigerians who came to her rescue. 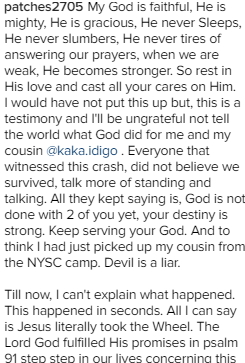 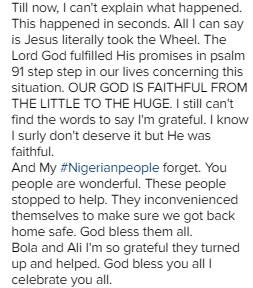 See photo from the scene of the crash below 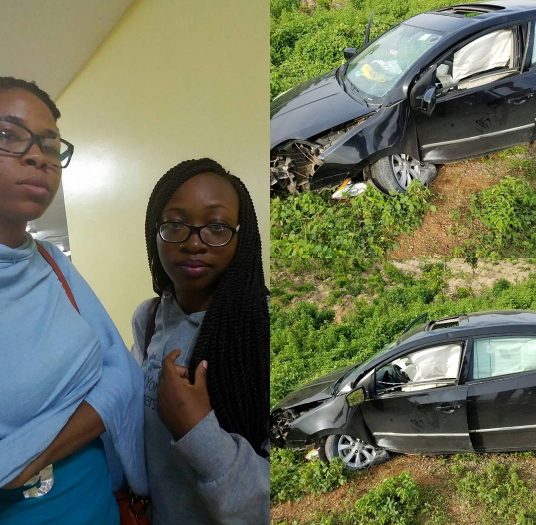