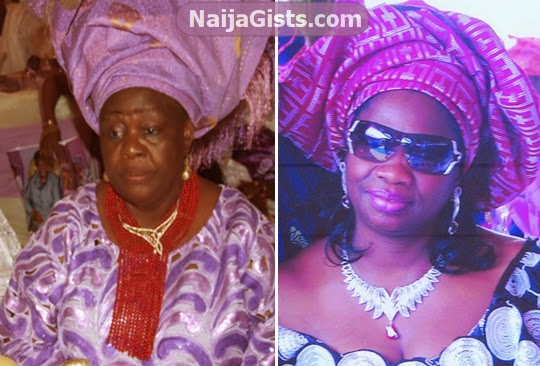 Abike Dabiri dreams of becoming the first female Governor of Lagos State got another boost, as Oba’s wife says she will make a good governor. The wife of the Ayangburen of Ikorodu, Oloori Muyibat Oyefusi, says Dabiri-Erewa has all it takes to be a governor in Lagos State and should be considered for the post.

Oyefusi spoke at a town hall meeting in Ikorodu, organised by Dabiri-Erewa to distribute various empowerment items to members of her constituency. The legislator, a member of the All Progressives Congress (APC), represents Ikorodu Federal Constituency in the House of Representatives.

Oyefusi said that the massive empowerment programmes that Dabiri-Erewa has consistently organised for the constituent distinguishes her as a hardworking humanitarian who is accountable to her people.

“Dabiri-Erewa has all it takes to be a capable governor. She has our support and we urge the party to give her the slot. We also want the governorship candidature of the Lagos APC zoned to Ikorodu,’’ the monarch’s wife said.

Oyefusi commended the lawmaker for her outstanding gifts and empowerment scheme, which provided means of livelihood to many families.
In her address, Dabiri-Erewa prayed that the dream of having a female governor for Lagos would one day come true.

“Our dream for a female governor in Lagos will come true but will require support from all,’’ she said.
On the empowerment schemes, she said that when she was voted into the House of Representatives, she resolved to do what she could, to ensure a better living for her people.
“The people are not asking for too much. All they need is to make a living. We identified individual and group needs in purchasing the empowerment items.
The scheme is ongoing and will continue, and it is entirely free,’’ Dabiri-Erewa said.

A former Deputy Governor of Lagos State, Chief Abiodun Ogunleye, among several APC chieftains in the state, were present at the programme.