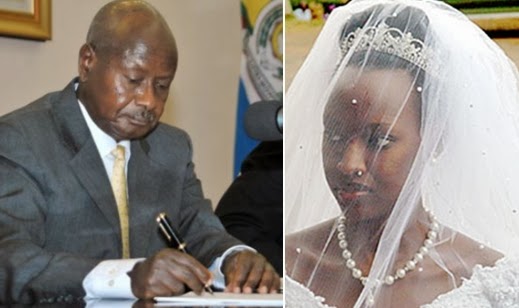 On a radio talk show yesterday in Mbarara town, Diana said she is gay.

She said though she honours and respect her dad but she doesn’t agree with the new anti-gay law and will fight against it.

“I am gay, I am homosexual. I have known this since I was a little girl. Also, I have been Christian all of my life, so I will not tolerate any law of this supposedly democratic nation, that will place hate on any person just because of what his or her sexual orientation happens to be,” said Diana.

“Now that I finally revealed my sexual orientation, I put myself in front of this new law and I will let our people decide what to do with me,” Diana adds, as her voice breaks down while on air.

Moments after her startling confession, the live radio broadcast was shut down.

Last Monday, President Yoweri ­Museveni of Uganda signed an anti-gay bill banning homosexuality in Uganda into law after calling it a disgusting act.

Now that his daughter has confessed, what will he do?