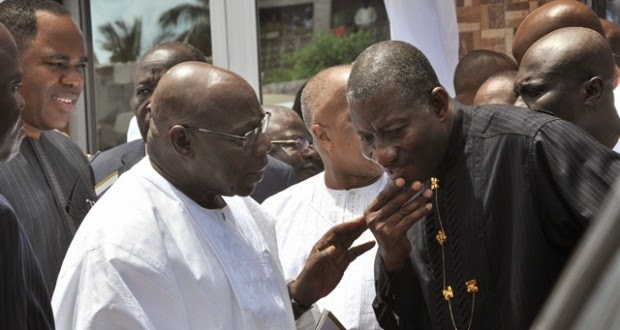 Jonathan has responded to Obasanjo’s comment about his overrall performance.

He said this in a statement by his Special Assistant on Public Affairs, Dr. Doyin Okupe, in Abuja Yesterday.

The statement reads, “Our attention has been drawn to comments made by a former President of this country, Chief Olusegun Obasanjo, regarding the performance of the administration of President Goodluck Jonathan.

“Obasanjo had at an event over the weekend declared that he rated the President Goodluck Jonathan administration ‘below average’.

“We aver that Obasanjo’s comments are untrue, misleading and clearly do not tally with the facts on the ground.

“We therefore wish to assert without equivocation that in terms of performance and achievements, no administration since 1960 when Nigeria gained independence from Britain, has done as much as that of President Jonathan.”

Is Jonathan indeed the best President of Nigeria since 1960, Do you agree with him???

Nah under him we get BringBackOUrGirl- Best President

In short, the man is not only the best President of Nigeria, he is the best president in the world.