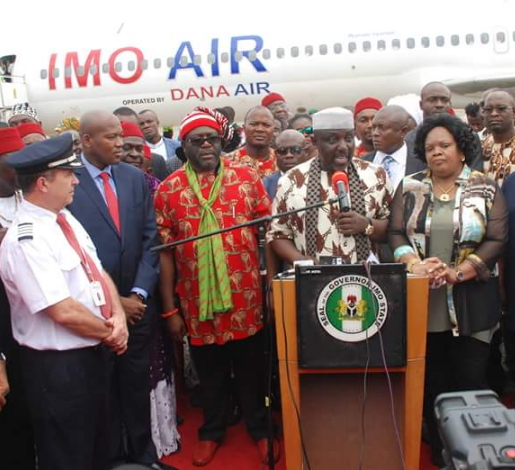 Former Permanent Secretary, Ministry of Works, Imo, Dr Cletus Nnorom on Thursday called on the House of Assembly to commence impeachment process against Gov. Rochas Okorocha over his recent inauguration of airline for the State.

He said he would mobilise for the lawmakers recall if they failed to commence impeachment process against the governor.

“Enough is enough, the governor thinks everybody is a fool in this state and we must stand for our rights.
“We have kept quiet for a long time and I am personally going to make it official with the lawmakers”, he said.

A trader, Mr Uchenna Ojigwe, said the governor had failed the people. We are dying of hunger in Imo and the governor is busy spending the state’s money without due consultations. 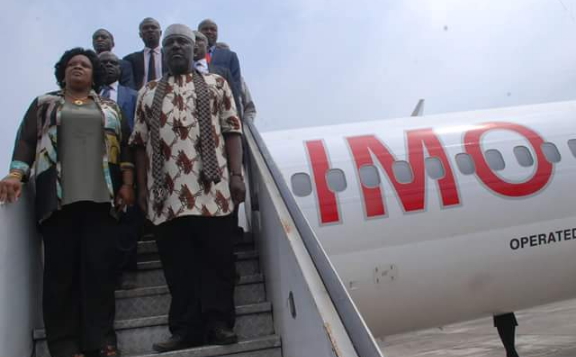 The state Coordinator of True Ambassador, an NGO, Mr Kingsley Ibe, said floating an airline by the governor was an impeachable offence because it was never captured in 2016 budget.

“We are calling for the governor’s impeachment because he never followed due process in floating the Imo airline.
“The governor should limit his projects to the budget approved for him by the lawmakers and since he decided to run the affairs of Imo state as a private business, he should be impeached”, he said.

Okorocha said Imo had no license to manage an airline but had 10 years partnership arrangement with Dana Airline to manage it for the state. 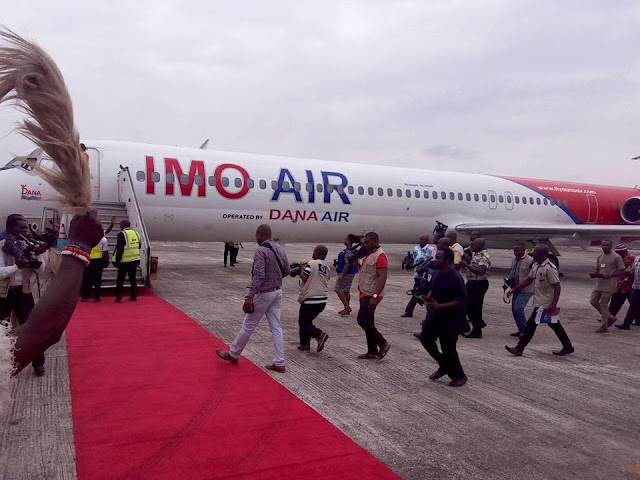