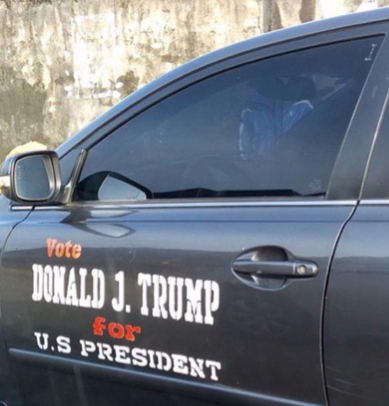 A die-hard fan of US Republican Presidential candidate, Donald Trump yesterday dared fans of Democratic candidate Hillary Clinton when he parked the above car on the streets of Calabar, the capital city of Cross River State. 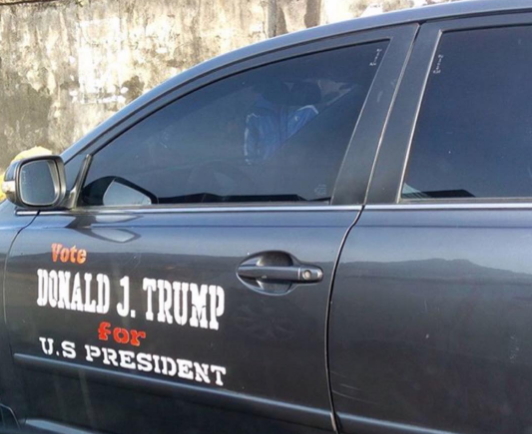 His campaign effort in Calabar may yield little or no result as only American citizens are permitted to vote in the upcoming US Presidential elections.