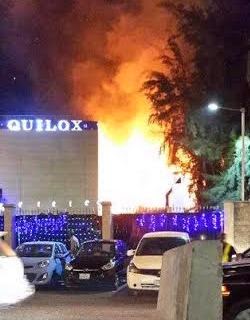 The inferno reportedly started from a barbecue stand by the side of the building late last night.

Patrons were spotted running out of the building in order to avoid being caught in the fire.

The fire was put out by the Officials of Lagos Fire Services few moments later. 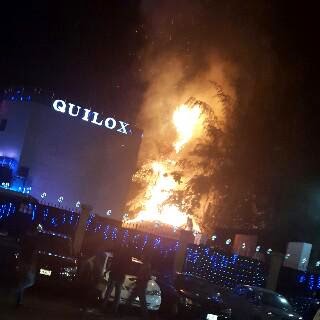 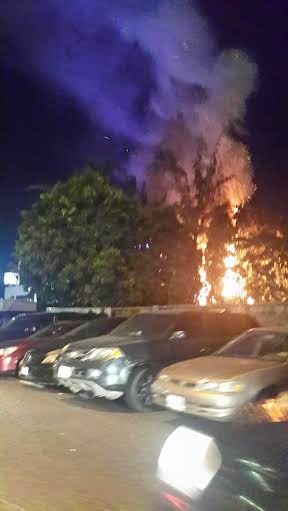 Quilox night club is said to be the largest night club in Africa. It’s owned by Lagos based socialite, Shina Peller, the brother of ex-Nollywood actress Nike Peller.