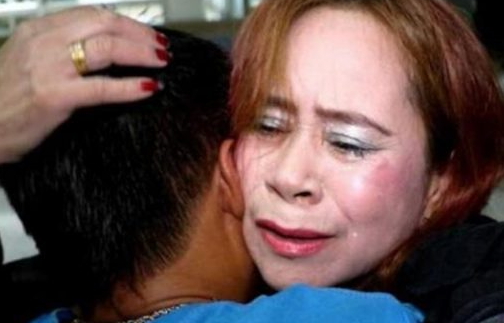 March 2, 2017 – In Thailand, Mother Finds Son On Facebook After 33 Years Of Separation

After 33 years of no contact, a mother has finally found her son with the help of Facebook.

The emotional reunion came after Vipavadee searched for her son’s name on Facebook after several unsuccessful attempts.

Parinya who recently joined Facebook was full of thanks when his mother contacted him through FB.

The excited mother separated from the father of her son, when he was just 3 years old because she was too young for marriage but since her husband died in 2011, she has been making efforts to reach out to her son.

Parinya, who travelled 1,700 kilometres from the northern city of Chiang Rai, asked his mother to live with him and his son.