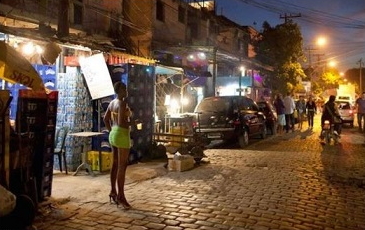 The Actors Guild of Nigeria (AGN) and Benue Association of Movie Producers (AMP) have disassociated themselves from two pornographic movies recently shot in Makurdi.

The two movie productions; the “IPhone 7 Babes and Feast of Death”, were shot in locations within Makurdi in December 2016 by film producer, Derrick Walter of Nollyniz Gate Productions.

The associations on Saturday in Makurdi, condemned the content of the movie productions and said the actors that featured in them were not their members.

A joint statement by the Chairman and Vice Chairman of the AMP and AGN, Rose Okwoli and Benjamin Ukwueze, respectively, described the productions as “archaic, barbaric, uncivilized , illegal and against acceptable moral and cultural norms which they are out to project”.

They also distanced themselves from the conduct and character of the artists shown in the obscene movies.

“They are not registered members of the bodies and the producer did not seek approval from AMP/AGN as is the usual practice for the production of the movies under reference.

“The associations strongly condemn the entire project; the abuse of professionalism exhibited by the producer, Mr Derrick Walter, owner of Nollyniz Gate Productions.

“We also condemn the desperation and profanity showcased by the so called artists in a bid to gain fame and popularity in the movie industry and the abuse of dignity and decency.

“The artists involved are not our registered members; the said producer did not seek the approval of AMP/AGN, none of the bodies gave approval for the production of such movies.”

They claimed to have been aware of the movies through various platforms on the social media and Internet.

The associations, however, assured that efforts were underway to correct the negative impact created by the movies in the state, adding that several vetting agencies were already contacted.

“We have already contacted the National Film and Video Censors Board, Nigeria Police Force, Nigerian Copyright Commission for necessary actions.”

They pledged to ensure the integrity and professionalism of all movies and actors involved in film production in the state, and urged all stakeholders to assist the Benue movie industry meet its set goals.

Kate Henshaw: Why I Agreed To Feature In Kunle Afolayan’s Movie
Dare Justified & Comedian Arole: The Return Of The Prophets