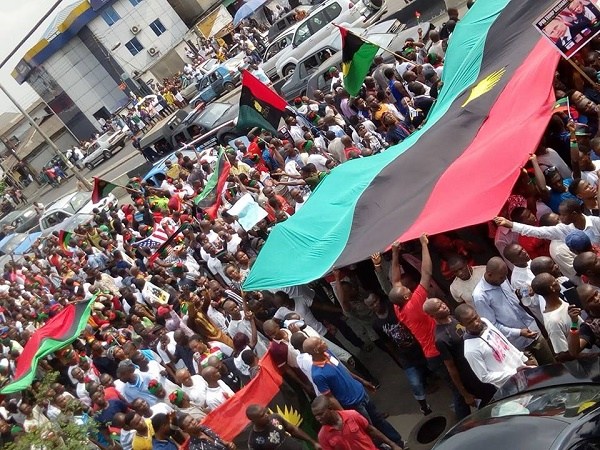 September f18, 2017 – IPOB Claims Buhari Has A Secret Plan To Wipe Out The Entire Igbo Race

IPOB today said no amount of intimidation would make it surrender its fight for an independent Biafra nation.

The recently classified terrorist organization described the proscription of the group by the South-East governors as well as its declaration as a terrorist organisation by the Defence Headquarters as a nullity.

It maintained that only a referendum to determine a sovereign state of Biafra would assuage the group.

In a statement made available to journalists in Awka, Anambra State by the group’s Media and Publicity Secretary, Emma Powerful, it wondered why herdsmen that had several times wreaked havoc in different parts of the country had not been declared a terrorist organisation.

According to PUNCN, IPOB accused the Federal Government of having a secret agenda to exterminate the Igbo race, adding that the Abia State Commissioner of Police was playing a rehashed script.

The group said, “We the family of Indigenous People of Biafra and its leadership worldwide under the command and leadership of Mazi Nnamdi Kanu wish to place on record that the newly appointed Commissioner of Police posted to Abia State is trying very hard to please his Northern Arewa masters…