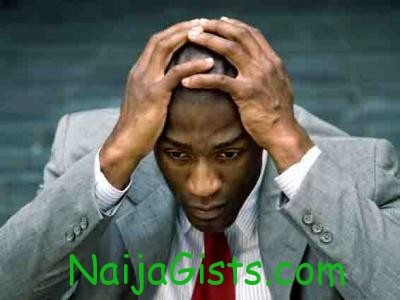 But another that will answer in the affirmative is a country that is cursed.

Why can’t we get things right? Why can’t we have regular power supply? President Goodluck Jonathan came up with the power sector reform ably led by Prof Barth Nnaji, to the relief of many Nigerians who have suffered years of darkness and heat. But now we hear that the power reform is under threat according to The Punch newspaper, as the ministry of power and the labour union in the sector have not been able to settle protracted disagreements. And to make matters worse it was reported by The Guardian that Nnaji has said that the 760 megawats Kainji Hydro Power Station in Niger State has been shut down due to excessive water leakage in the dam. Already the light supply has deteriorated even further. Perhaps the hope of Nigeria having regular power supply is chimeral. Even with someone as celebrated as Prof Nnaji heading the power sector!

The word cursed is a strong word and it is not what anyone will wish for their country, but nevertheless it gnaws the consciousness of many a Nigerian. Nigeria seems not to be getting better and ironically even good luck has eluded it. God is no longer a Nigerian. Ask the super eagles. Be worried. Be very worried. Something must be amidst. This is not superstition. What other nations have succeeded in doing we can’t seem to pull off. We thought years of military rule were the problem so we embraced democracy, yet we have continued to march backwards. We thought it was when we have university graduates as president and vice president, they will have the magic formula to change our fortune, but our giant strides backwards have continued.

We live like Tom and Jerry. Strange bed fellows only united by corruption. Now we have taken it a notch further by being self-destructive to unimaginable scale. While other nations are moving ahead, we have remained a nation that looks back in years with nostalgia.

When things follow a certain pattern it gives cause for concern. When a lot of negativities bedevil a nation it is proper that we start asking questions. And now I ask: is Nigeria cursed? Oh, I forgot, the “curse of oil”. Maybe there is more. Did our forefathers kill some white missionaries or colonialists who then placed a curse on the country before their death? Aha, was there after the Biafran genocide? What of the blood of the many contemporary politically assassinated people who have remained unsolved? Has the blood of youth coppers who died that Nigeria may go on added to Nigeria’s troubles? And what about the blood of the many that died untimely from road traffic accidents because of roads that were meant to be repaired but the money for their repair was embezzled? Many ghosts are indeed crawling night and day crying for revenge. Bang! Another is added. Their numbers are increasing every now and then. There is no hiding place for Nigeria.

In nationhood journey countries experience many ups and downs. And it is nothing to be seen as queer. But for Nigeria our downs have become uncanny. Happenstance has become coincidence, coincidence has become norm. Since after our independence till date there are many events that have made a case for the cursed hypothesis of Nigeria.

Our founding fathers fought to gain independence from the colonialists, and succeeded in getting it in October 1, 1960. But just 6 years into enjoying the fruit of their labour some of them were murdered.

We have always wanted a free and fair election. And in 1993 MKO Abiola won convincingly in what is still termed the country’s freest and fairest election till date. But on June 12 of that year the then military leader Ibrahim Babangida inexplicably annulled the election, thereby making June 12 synonymous with shattered dream.

Even in sports the seeming curse still hovers. In 2007, Nigerians had hoped that Coach Yomi Tella after winning the FIFA under-17 World Cup would be automatically appointed the coach of the Super eagles, for him to perform the same magic he did with the junior team. But alas, just some six weeks after achieving the big feat, the coach succumbed to the battle he was having with cancer of the lungs.

About seven years ago Nigeria secured debt relief from the Paris Club. The Debt Management Office, DMO which manages Nigeria’s debt portfolio estimates Nigeria’s domestic or internal debt to be $34.09 billion and counting. The external debt is put at about $5.63billion. Only a recidivist or a cursed nation will want to keep piling debt after debt, after the trouble it went through to extricate itself from the previous one.

In other countries when it is said that the economy is growing, it means the people will be improving economically. But in Nigeria the economy has been said to be growing by 7% and instead Nigerians are getting poorer and poorer. What hope for a cursed nation!

Trust a cursed country not to be spared by diseases. Polio, cholera, meningitis, malaria, HIV/AIDS, Lassa fever and their likes have continued to take their tolls on the economic carcasses of Nigerians. Recently, in Owerri there were reported strange mosquitoes. I have also noticed them here. I am sure you have. Children continue to die and pregnant women join them. The burden of a nation!

When Nigeria was operating regionalism it was considered our best moments. Eminent Nigerians and well meaning Nigerians have been calling for a return to true federalism but the people in the helm of affairs have turned deaf ears. Nigerians have said let us sit down in a Sovereign National Conference (SNC) to know how we will continue our existence; those in charge have continued to play the ostrich. Let those who have ears hear. But what hope for the accursed?

But as they say, every problem has a solution, not least a curse. What Nigeria needs now perhaps is a spell that will remove its curse to bring about a national rebirth and renewal. But it will take an unblemished leader. It will take courage. It will take vision. It will take wisdom.

Who can lead a national exorcism? (By Cosmas Odoemena)