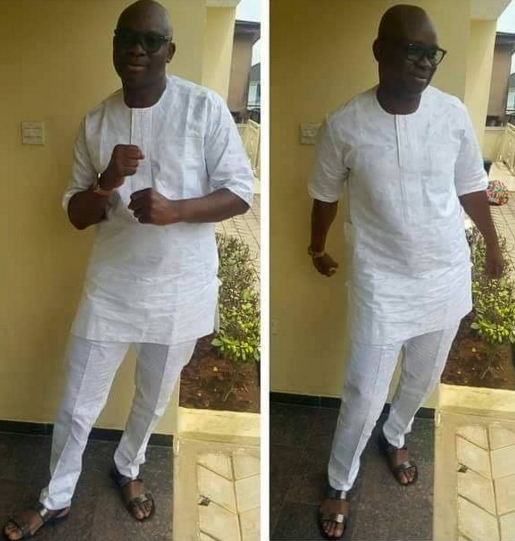 March 2nd, 2016 – Islamisation Of Nigeria: Ayo Fayose, His Hatred For Buhari & The Disrespect Of Our Intelligence

I wrote the story of Racheal a few weeks ago. Racheal was a super beauty way back in 1997 when I was in JSS 3 in Government Technical College, Ogoja in Cross River State. I told the story of how I was recruited by my friends to ask her out and how she turned me down and totally humiliated me.

I hated Racheal with every fiber in my being. And of course all my friends did their best in hating Racheal in solidarity with me. We use to sit down and “curse” Racheal all through our free period. We will tell ourselves stories of all the ugliness and barbarism we can imagine and manufacture about Racheal.

One day, Odey told us that Racheal and her family eat human flesh and drink human blood. He said that is what gives her boldness, fairytale beauty, super intelligence and makes her a high voltage snob. Some of my pals laughed. Some were scared or feigned it. Some prodded him to say more.

I was visibly angry. I shouted at Odey to shut the hell up. My friends wondered why I was that angry. I told them. For Odey to cook up such a tale is clearly because he didn’t respect our intelligence. He must have considered us daft or just plain stupid to believe such a tale. When a man respects your intelligence he doesn’t tell you every crap he thinks up.

But Odey had a sense of entitlement. And truly he had earned the right to tell us crap. We use to sit down there and endure each other telling little lies about Racheal just because we hated her. We lost the moral right to have our intelligence respected by anyone of us.

Fayose has eventually found out that we don’t care if he is truthful or factual anymore. All we care about is the entertainment and supposed boldness. The man is now spewing bold face lies and un-researched utterances in absolute disregard of our individual and collective intelligence.

His latest salvo is accusing the President of planning to Islamize Nigeria. How? He didn’t explain. If this is not recklessness, then nothing is. I expect more from the governor of a state in terms of public utterances. If our elected leaders cannot generate revenue and provide us with the needed dividends of democracy, they should at least be responsible in speech.

Section 10 of 1999 Constitution as amended states that “The Government of the Federation or of a State shall not adopt any religion as State Religion”. This is the same constitution Ayo Fayose swore to uphold as Governor of Ekiti State. To amend this section of the constitution (or any other section) to make Islam a state religion will require 2/3 majority of both houses of the National Assembly and the 36 States Houses of Assembly. The President cannot do this.

No process to amend section 10 has commenced anywhere. Even if a Muslim proposes such an amendment, will the Christians in the legislature not vote against it? Is Ayo Fayose saying that the President can Islamize Nigeria through a presidential fiat or proclamation? Any president who is that powerful should also be powerful enough to clamp Fayose down. This Ekiti governor is simply disrespecting our intelligence.

You may not like Buhari. You may not like the APC. But don’t let anyone rubbish your education and insult your intelligence by uttering out criticism that is not well researched and well thought out. Let’s stop getting emotional about facts. Let’s think with our brains not our hearts.

Another crop of persons are pointing to the fact that the Minister of Finance was forced to wear a Hijab in Qatar as a pointer to the alleged islamization of Nigeria. This is very funny. If we think with our heads not hearts, we will surely see how ridiculous this is.

Is the Minister of Finance a child to be forced to wear a Hijab? Has she even come out to say she was forced to wear any hijab? Assuming without conceding that she was forced, what does that tell you about her faith if she has not resigned for being forced? I have seen a lot of Christians wear hijabs or something like that out of choice (including the picture of Mary, the mother of Jesus). The last time I visited Dubai, I saw a lot of Christians shopping for the traditional Muslim attire used in that country. Or were they preparing for islamization?

No religion can ever be made a state religion in this country. People can say what they like for political reasons. But no matter who you support or what political party you belong to, don’t let people “sip garri” with your brain. Call them out when they are taking it too far.

As for Ayo Fayose, I’m beginning to see why he is so popular with the uneducated. He needs a rabble he can rouse with half-truths and full lies. He is the governor of Ekiti State, a state laden with professors. How that happened is the business of history.

Let’s protect our intelligence, it’s all we have got… for now.

11 thoughts on “Islamisation Of Nigeria: Ayo Fayose, Criticism & Disrespect Of Our Intelligence”