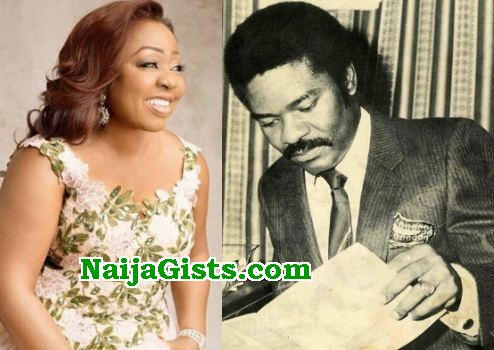 Ex-Presidential adviser Ita Giwa yesterday opened up on what attracted her to late Dele Giwa and how he asked her out on the first day they met. 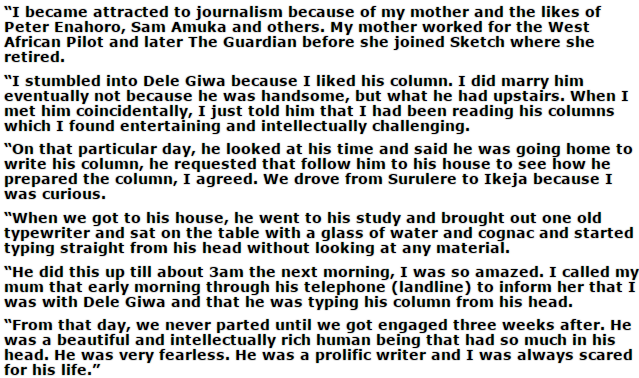 Dele Giwa married Ita Giwa in 1981. After 10 months of marriage, he divorced her and married another woman, Olufunmi Olaniyan who was his wife until his assassination.

Dele Giwa was the founder of Newswatch Magazine.