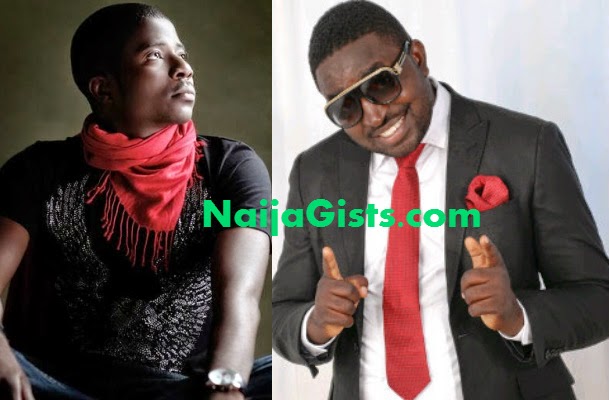 Soul singer Jeremiah Gyang and recently deceased comedian MC Longs shared something in common, they are both based in Jos-Plateau State.

MC Longs passed away on the 14th of November 2014, a week after he got injured in a ghastly car accident while driving along Barkin Ladi area of Plateau.

Before he gave up the ghost, Ghang paid him a visit. The singer was assured by doctors that MC Longs will recover soon but unfortunately, he lost the battle.

Read Jeremiah Ghang’s touching tribute to the deceased below:

“I have been waiting silently for a phone call, someone to tell me that this whole thing was a joke. shortly before, I was standing beside you. I saw you breathing. The doctor explained to me how you were eventually going to be fine. Nurse Rita Dades told me you were going to be okay. I believed it. I prayed for you.

I thought of your wife, your two sons, your career, where you started, before you became chubby, I remembered my wedding, Music & Barbecue, my wife’s surprise party, my daughter’s naming ceremony, my wedding anniversary dinners, your first plane trip with me to Pastor Odukoya’s church in Lagos, your first recording, when you invited me to your church, your home, your life. I thought of how far you’ve come. We didn’t always agree, but we loved each other truly.
I remember when you came with Skola your dear wife to my house to listen to Dan Gata. She said to you before my wife and I that if she were to die, she would want for you to make sure that song was played at her funeral.

Mc Longs, I was so sure you were gonna make it. I prayed for you. I meditated on you. I communed, held hands with my wife for you. When your father broke the news, I was hoping it was the ninth rumor. Longji, it wasn’t. you died. you didn’t make it.

Okay so I gathered the strength to go to your house today, and it’s true! gosh you never would’ve believed this! you? your burial? God forbid! I can imagine you saying that. Longji, I’m deeply shocked, I have to admit, I’m afraid. I’m discombobulated. I’m disturbed. I need closure. How can you be deceased?
May GOD, the one I fear more than anyone or anything in this life, have mercy on the living, may HE have mercy on me, Ladi, Skola, your sons, my daughter, and everyone reading this. AMEN!

Rest on, till we meet you in heaven Governor Longs.”