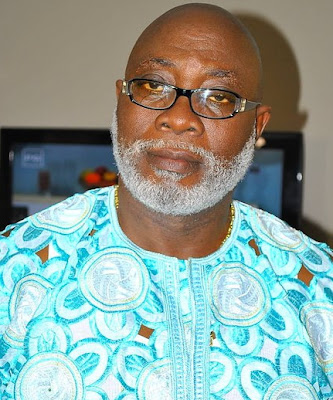 Veteran Nollywood actor Jibola Dabo in this recent interview with Christian Agadibe revealed his past battle with depression that almost ended his life.

The grey-bearded actor who has over 30 years of acting experience revealed how he almost killed himself in his youth days.

Was there a time you were at the crossroads and contemplated suicide?

Yeah…I wanted to run in front of a car at a point. I was homeless; I had nowhere to sleep. There was no food and I couldn’t steal so I just got tired of everything so I closed my eyes and tried to jump in front of a car and the guy who was at the wheels spat on me and said, ‘oloshi!’

What were you doing during that particular time?

Did you help your mum in hawking or anything?

Oh yeah I did a lot of it. I know you probably read this from the paper or the net. I hawked agidi and kerosene.

You talked about your late mother, what do you miss about her?

My mum and I were very close. We talked a lot. Among all her kids I was the closest to her; I was the one who always came and sat down with her and we talked. I miss that.

What was the best advice she gave to you?

She told me I was going to have a lot of women in my life like my father but she advised me never in my life should I come close to another man’s wife; I will not forget that advice.

Jibola Dabo is a polygamist and a popular Nollywood actor. He turned 69 last month.