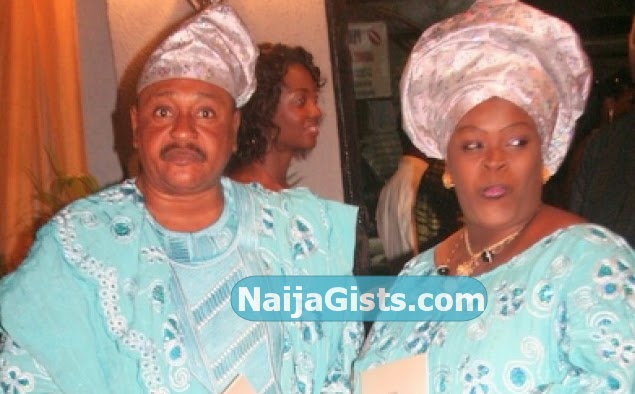 Veteran Nollywood actor, a man of many wives has moved into a new mansion built by his new wife in Ikorodu area of Lagos state Nigeria.

The actor has joined his colleagues who now own their own homes in ancient city.

According to Nollywood fillers, Jide Kosoko has been living in a rented apartment for a while now. He reportedly made people believe he owned the place.

As we speak, Jide and his ‘tear rubber’ wife have moved into a multi-million naira mansion in Ikorodu while his old wives and their children were sent back to his old house in Gbagada area of Lagos.

Other veteran stars who own houses in Ikorodu include Baba Suwe, Yinka Quadri, Adebayo Salami aka Oga Bello.

We learnt this move has infuriated his sons who vowed to move their mothers out of the old house if Jide Kosoko abandoned them.