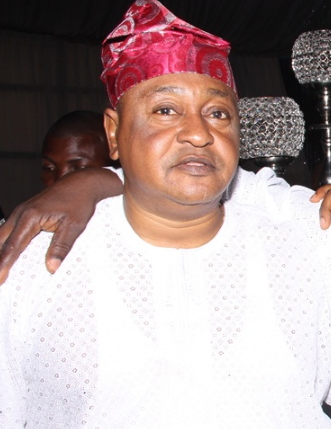 Nollywood actor Jide Kosoko has said himself and his peers “messed up” the film industry by making it easy for many untrained practitioners to join.

He said they failed to subject the generation after them to strict training in the rudiments of filmmaking, as they were taught.

Kosoko, while speaking on Rubbin Minds on Channels Television, expressed regrets that many in the film industry did not undergo training.

The actor said “most of our meetings back then at the association level was a workshop where they continue to tell us how to do things [right],” while adding that: “We messed it up”.

He continued: “The truth is that we didn’t guide the industry properly. We left it open. We were too happy getting people into it.

“We opened the door and a lot of people came in, untrained — and that is where the problem started.”

The veteran noted that while it may be easy to become famous, only a well trained actor can remain relevant for a long time.

“What I continue to tell people now is that you need to be trained. Getting popularity may come as luck sometimes but the truth is that if you are not trained, you may fall,” he said.

Speaking of his early days as an actor, Kosoko described his experience as a “huge sacrifice,” saying “It was purely on passion”.

He added: “We were doing it not thinking that we were building an industry. We thought we were doing what we liked to do most.

“But eventually, I got to realise at a point that this is going to be a very big industry especially when I started mixing with the professionals, the likes of Hubert Ogunde, Kola Ogunmola, Duro Ladipo and others.”

Continue Reading
You may also like...
Related Topics:actors, nollywood, untrained