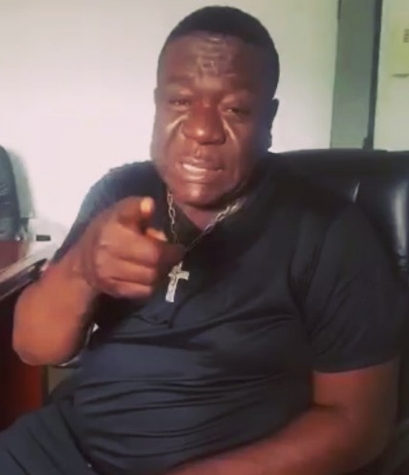 Veteran Nollywood actor Mr Ibu commands a huge fan base and he is, in fact, one of the most popular actors in the country.

While many may be willing to trade their limbs for the type of fame Mr Ibu has, the comic actor is not entirely happy about his status.

“A lot of people think I’m stupid and foolish because of the roles I play in movies. At times, when I have something meaningful to say, people don’t take me serious as they think I’m cracking jokes. People also think that I’m illiterate but that’s not true. I come from a humble background and I struggled a lot while growing up.

My parents weren’t well-to-do so I had to hustle to get whatever I wanted by myself. We were basically living from hand to mouth and our situation was quite pathetic. However, despite our lack, I still considered education as a priority and I always had it at the back of my mind that I would keep learning. I attended the Institute of Management and Technology for my tertiary education though I was a part-time student.”

“Due to lack of funds, there were times I had to stop schooling, but I always continued after some time. What a lot of people don’t know about me is that I’m a deep thinker and I like to meditate on issues. For example, I have a lot of plans for Nollywood and I hope the government can pay more attention to this sector. Nollywood has helped to propagate Nigeria’s culture across the world, and even in far flung countries where you wouldn’t expect, they have seen Nollywood movies there.

That should tell you that Nollywood is too important not to be taken seriously. The industry really needs proper structures. It is not about running to the government and begging for money.

Some people would just collect the money and share it among themselves, and that’s part of the reason the industry is still where it is. We have to step up our game as there are many things that can be gained from Nollywood. Entertainment is big business and it can even generate more money for the country than oil if it is well handled.”

Sharing his most awkward moment with a fan, he said, “I have had a lot of awkward moments with fans. Because of the comic roles I act in movies, some people expect me to be in that jovial mood all the time.

And when some people see me physically, they would be hitting me as a style of greeting. Some could just meet me somewhere and ask me to start performing for them there.

On some occasions, this gets to me but I remember that they are my fans and they are just showing me love, so I take it in my stride.” [Source]