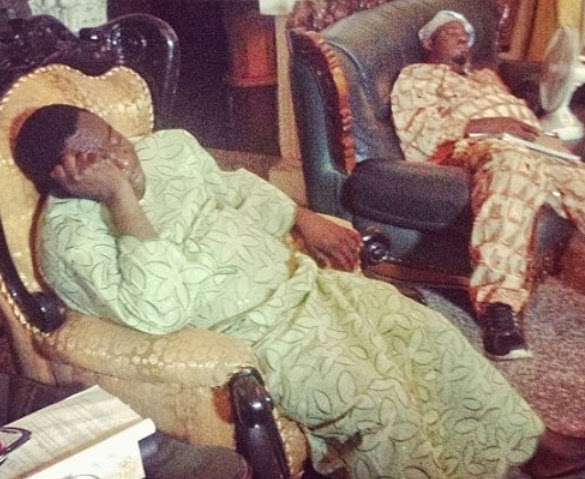 According to sources, after over 6 hours on the set, nature sets in on the duo who played major roles in the upcoming movie.

While the shooting was still going on, the two fell asleep with their scripts by their side.

Body no be firewood o.