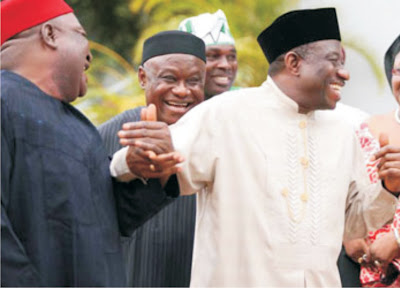 In the op-ed article, President Jonathan was said to care more for the people in his region in Bayelsa over others in Nigeria. He writes about Boko haram, Chibok girls, muslim-muslim presidential ticket and even Asari Dokubo. He equally predicts chaos in the coming elections.

The current Nigerian government is widely seen as the most corrupt since independence from Britain in 1960. Ordinarily, this would be a huge problem for President Goodluck Jonathan and his People’s Democratic Party, which has been continuously in power since the end of military rule in 1999. But things are unlikely to change. To many Nigerians, it sometimes seems as if we merely swapped military dictatorship for a one-party state.

Maja Pearce
Mr. Jonathan’s name will be on the ballot this February, when Nigerians, many of them fed up with government corruption and incompetence, go to the polls. Yet events percolating across the country that could come to a boil within the next three months might actually work to the president’s advantage. Two grave problems — the Boko Haram insurgency and tensions in the oil-rich Niger Delta — hang over the land. A third, West Africa’s Ebola crisis, seems to have been contained so far, and though this has little to do with Mr. Jonathan’s leadership, the people responsible for it are unlikely to gain any political capital at his expense.

The incompetence of Mr. Jonathan’s government is most clearly seen in its inability to rescue the 276 schoolgirls, most of them believed to be Christians, who were kidnapped by Boko Haram insurgents in the largely Islamic north last April. Even at the time, the president, himself a Christian from the largely Christian south, didn’t seem much concerned about their fate. It took him almost three weeks to officially acknowledge what had happened, whereupon he belatedly invited their relatives to lunch at the presidential villa in Abuja, an event which one journalist likened to “a wedding reception,” complete with bunting and a band.