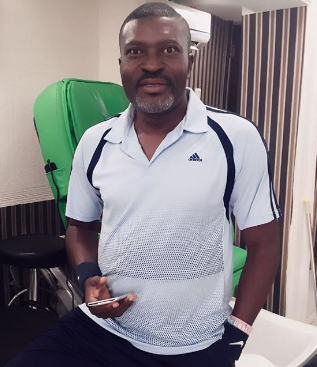 January 29 , 2017 – Kanayo O Kanayo: Why I Enrolled To Study Law At The University Of Abuja

The veteran actor who bagged Masters degree from UNILAG few years ago has revealed why he went back to school to study law.

In a brief chat with HVP in Edo state recently, Kanayo O Kanayo said he went back to school to prove those who think entertainers are not educated wrong.

“Many people believe that we are not educated but I am here to prove them wrong.”

KOK as he is fondly called graduated with a Bsc Degree in Philosophy and Masters in Political science from the University of Lagos.

He is currently the leading actor in Glo-Sponsored TV series, Professor John Bull.