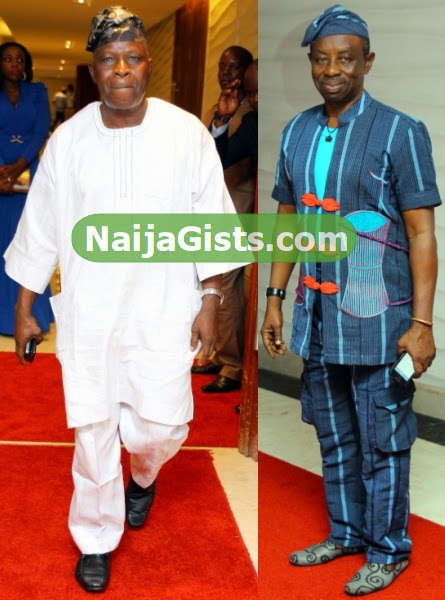 Veteran Nollywood actor Kareem Adepoju aka Baba Wande is not a happy man at the moment after he got cheated by his best friend and colleague, movie producer Tunde Kelani.

In an exclusive chat with Demola Olumila, Baba Wande said he is tired of going to court every and has handed over those who cheated him into the court of God.

He further said that hit movie “Ti Oluwanile” was written by him and handed over to Kelani to help him produce but the producer has been keeping all the proceeds from the sale of the movie into his pocket.

Hear the actor in his own words:

I once gave a marketer some of my works to sell for me and he cheated me. I took the case to court but after some time, I got tired of attending courts, so I let it go. The popular film, Ti Oluwa ni ile was the work of two of us but it is only one person that is selling it today.

How many years would I spend on earth when I spend most of my time in court? Let God be the judge.

Tunde Kilani, a producer, director and cameraman is my friend and he asked me to come up with a story we could jointly develop and I wrote the story. He too contributed a lot and that was how the film came to be. Nobody could have envisaged the story would grow into a big film like that anyway.

He is still a friend even though he is selling the movie and I am not getting my entitlement. Even when I needed the film, I had to buy it from him.

I had a story and he had the money. If I brought up any legal issue, we would not do the film because he would think I was being too smart.

When I wanted to celebrate my 50 years on stage, I went to meet him and he gave me N50,000. He is still my very good friend and if he has a production, he normally invites me. Although occasionally, I ask him about my entitlement because he is the only one that is selling the movie and he tells me that he did not really make money from the film.

I don’t let it bother me. The sad part is that I have many big stories but I cannot do a joint production with anybody again. I should have sourced for someone to jointly produce another big movie but I doubt they would want to do business with me because they know I am now wiser and I would involve lawyers this time around.