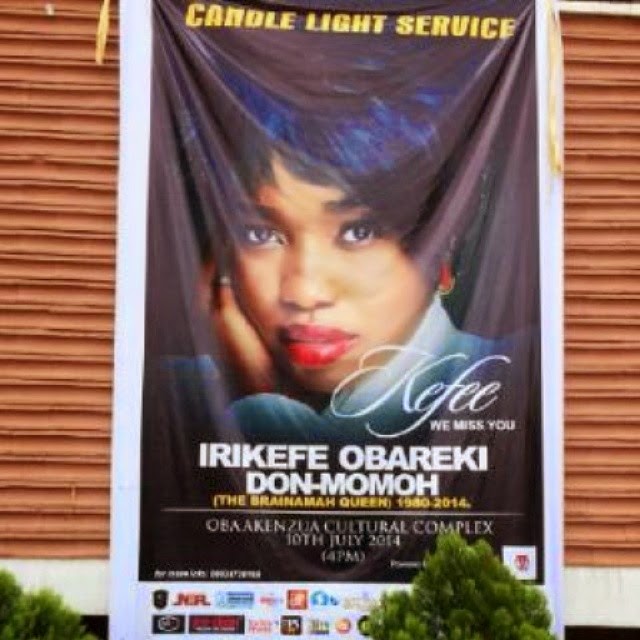 After several conflicting reports, the body of Nigerian gospel singer Irikefe Obareki Don Momoh who passed away last month in the US has arrived Nigeria.

According to Encomium, the body arrived Murtala Mohammed International Airport late last night and was taken straight away to Sapele for her burial.

The family choose the night plan to avoid excessive exposure to the preying media.

Another reason the family agreed to fly her in late last night ‘s because her hubby wants her buried immediately she arrived Nigeria.

“There is a slight change in plan. The husband wants his wife buried immediately her corpse arrives and the family supported the plan. The body would be flown in on Thursday, July 10, 2014, and taken straight to Sapele, Delta for burial. The family don’t even want her corpse to be taken to the morgue upon arrival”, a source who wouldn’t want his name mentioned told Encomium magazine.

The talented gospel star passed away on Friday the 13th of June, 2014 at Desert Spring Hospital in Las Vegas after she failed to recover from a 2week-long coma.

Kefee would be laid to rest in her hometown of Okpara-Inland in Ethiope East LGA of Delta state.